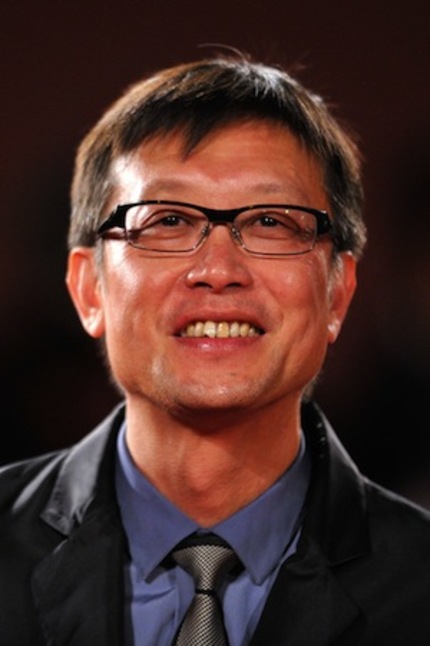 Andrew Lau is a name that is very much known and beloved in these here parts. Last month the legendary Hong Kong director was in New York for the New York Asian Film Festival to introduce a small slate of his films, including Young And Dangerous 1 & 2, and The Last Tycoon. He was not scheduled to do any press. Our own intrepid Diva Velez (her favorite HK flick is Lau's classic Infernal Affairs) got the shock of her day when Lau said he'd give her five minutes. So, while the following is short, it is oh so very sweet. [ed. Ben Umstead]


The Lady Miz Diva: You're synonymous with Hong Kong film, but we're going through a very transitional time when we don't see films like "Young and Dangerous" or "Infernal Affairs" any longer.  Mainland co-production themes are a lot lighter and content is very limited.  Do you see a time when Hong Kong will be able to produce films with more controversial and serious subjects again?

Andrew Lau:  This is a very tough question for me.  In the last few years, a lot of my films have been Chinese co-productions.  Because we shoot in China, we have so many boundaries; the scripts have censorship, that kind of thing.  Certain subject matters we cannot touch, like Young and Dangerous we could not shoot in China.  I try to make to make an effort, but how can I move forward to make a co-production project like Hong Kong had before, this is hard because of the censorship.  That kind of subject we cannot shoot.  Political subjects, we cannot shoot.  I mean, Infernal Affairs, I cannot believe we can shoot because of the backlash.  It would cause a lot of controversy in China. This is hard for us, but we have to face these kinds of things.

LMD:  Watching "Young and Dangerous" 1 and 2 reminded me at how great you are at creating films with memorable characters, like Anthony Wong chewing the scenery in the second film. How free do you allow your actors to be?  Do you prefer they stick to the script or do you just let them go?

AL:  At that moment, we were very free.  Even the script, when the scriptwriter gave it to me, we did a lot of changing because I wanted everybody live and sometimes the scriptwriter maybe wrote too much dialog.  If you've seen Young and Dangerous 1 and 2, you see there's not much dialog.  We rehearsed a lot.  We shot very fast, but we rehearsed a lot.  One scene we rehearsed for about three hours.  That way everybody knew what to do and what was the inside story.

Of course, before shooting, we had created characters for the actors, like Ekin [Cheng] would have muscle, and then Chicken, he would be more modern - his hair would be like you!  We tried to make the characters more vivid.  And the girl, we'd make her real sexy and beautiful, but she would talk with a stammer.  Before shooting, we would think about adding more and more to the characters for them, for everybody, even the priest.  There was a lot of off-beat acting.  It was good, it was not normal.

So, we talked and talked about what the character is like.  With Anthony, it was like that, we talked a lot.  I mean they're good actors. Francis Ng is a very good actor.  So we talked a lot, even about the costumes, they would be wearing what kinds of things.  We wanted to make it look good.

LMD:  You are filming "Revenge of the Green Dragons" here in New York with Martin Scorsese as one of the producers.  His remake of "Infernal Affairs", "The Departed", was a huge success.  With regard to our discussion about moving Hong Kong film forward with Chinese co-productions, does your international success reverberate in China and make them say, 'Hey, the world is looking at us?'

AL:  I'm not thinking that big. I'm not a saviour.  I try to be alive - this is honestly speaking - and I try to make more movies. I don't know if it's making Hong Kong movies - going back to do that.  I just want to make more movies and have more audiences look at my movies.  That means the Hong Kong movie's still alive.  That's why I try to shoot a lot of movies.  I try to film a lot of subject matter again, maybe outside China, maybe inside China - both ways.  Some subject matter cannot be released in China; okay, fine.  If the investor's okay, I shoot.

We have to fight against very tight censorship: We have a gangster movie, but we cannot talk about gangsters.  How to shoot the movie?  But we try some way; let's try something that can make it work.  So, this is my objective.  I know that they have rules, so many rules.  Everybody has rules, even here.  We try to solve the problems.  We cannot change the China government, but we hope that they will change.  So, for my films, it's very positive.  They have honestly changed a lot.

AL:  This is with Chow Yun-Fat and Nicholas Tse, and in English it's called Back to Macau.  It's like a comedy, but of course we're talking about inside a casino, that kind of thing.

AL:  Next Year, we're shooting right after this.

This Interview was cross-posted on Diva's website, The Diva Review. Please look there for Exclusive Photos and Additional Content.

Do you feel this content is inappropriate or infringes upon your rights? Click here to report it, or see our DMCA policy.
andrew lauhong kong cinemainfernal affairsNYAFFyoung and dangerous