Guanajuato 2013: Aronofsky Sure Loves El Santo! His Visit In Quotes And Photos

Darren Aronofsky's visit to Guanajuato (GIFF 2013) was an absolute blast! Aronofsky fully won over the Mexican audience the night before his master class, when he showed up for a The Wrestler screening at the Guanajuato Capital's Teatro Juarez. He dismissed the people with the best seats in the theater, certainly the elite press and the VIP guests of the festival, and saluted the regular folks who were in line for 2 hours and got pretty shitty spots (I can confirm this as I was one of those persons).

The festival's homage to Aronofsky took place before The Wrestler. It went just as Danny Boyle's, with a great tribute video and Aronofsky leaving the theater as the film started. However, this time something quite bizarre happened: the elite abandoned the Teatro Juarez as well in order to attend a party, and so for The Wrestler the best spots of the theater were almost empty. Kudos to Fabio Grassadonia, director of Salvo, and to Julius Feldmeier, star of Nothing Bad Can Happen, for staying through the whole film. Curiously, Aronofsky asked, "Who hasn't seen The Wrestler before?" and Feldmeier raised his hand, gaining a spot next to Aronofsky (who ultimately left the German actor alone).

The master class was scheduled for the next day (Saturday, July 27) at noon. Aronofsky was once again completely devoted to his fans and he owned the show. The 2-hour class was going to be a conversation between the filmmaker and a moderator during the first hour, to later become a Q&A with the audience. However, Aronofsky didn't like the moderator's questions, which involved many themes but nothing film-related, and he became the boss.

The director ordered a premature Q&A with the public and even obligated the festival's organizers to get a microphone to the second floor of the auditorium! I just loved to see Aronofsky taking the organizers out of their comfort zone. He, for instance, took the time to sign a Pi DVD for a fan who asked exactly for that during the Q&A: "You're going to waste your third question on an autograph? You can bring that, I'll sign it right now", said Aronofsky.

While many questions of the moderator and the public as well were far from great, Aronofsky always gave precise, clever and fun answers. For example, when asked about his favorite film, he responded it was El Santo Contra las Momias (The Mummies of Guanajuato)! I now bring you some cool photos of Aronofsky and the top quotes from the master class. He didn't talk much about the upcoming Noah, but there are plenty of bits about The Fountain, The Wrestler and Black Swan.

“My favorite movie? El Santo vs. the Mummies (aka The Mummies of Guanajuato), of course.” 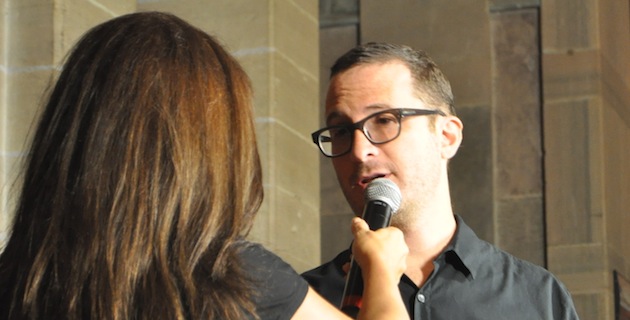 “Having parents that value education is a great gift to be born with.”

“Getting out of Brooklyn and actually seen trees was a big deal for me.” 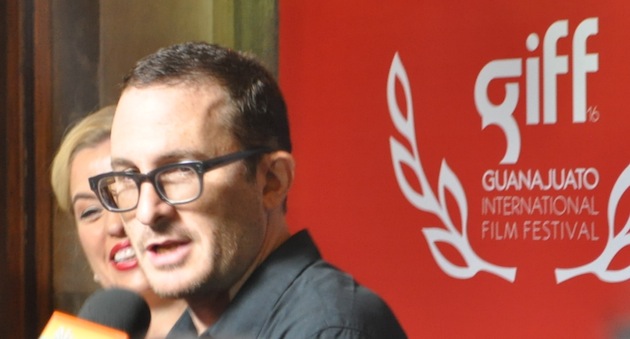 “When I was 18, me and a couple of friends bought a car for a dollar and two cases of beer off a mechanic friend. We just started driving, and we suddenly were at the border of Texas and Mexico and said “ok, let’s keep driving”. We drove all the way past Tampico and Veracruz, down into the south. We past Palenque and saw our first Mayan ruin. It was a moment about our connection with the animal kingdom and how things go back and forth, how different civilizations can go. I don’t know what it meant but it was a big moment for me.” 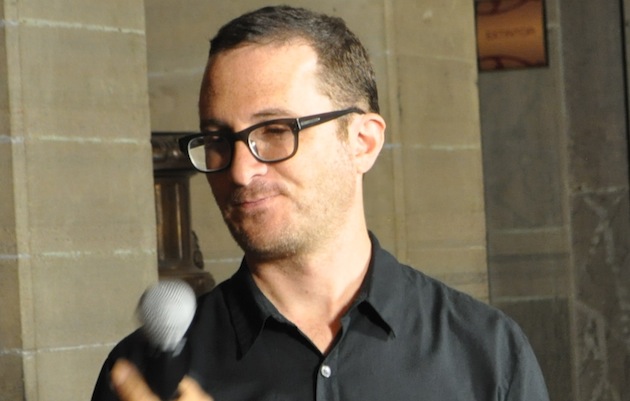 “(To the moderator) Where do you get these questions from? Anybody want to talk about filming?”

“(To the moderator) Do you think it’s impossible to achieve perfection without destroying yourself? I don’t know, I mean, you’re giving away all my movies! I can’t really give you the answer to that, so next question.”

“I looked up to Hubert Selby, Jr. for a long time. I read Requiem for a Dream as a very young adult. Black Swan, my sister was a ballerina so I was connected to it. I watched wrestling as a teenager. Everything is connected to something.” 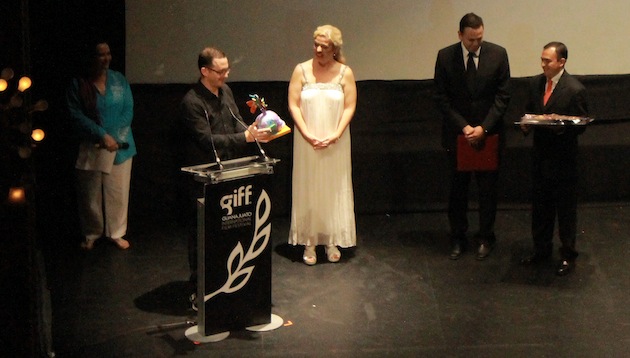 “I think me and Ari (Handel) are very different and that’s a good thing. He’s a scientist, very logical.”

“The Fountain was a little bit about how western society lost connection with old people and our connection to growing old.”

“I don’t know if Kim Kardashian represents some kind of ancient civilization.”

“When I was working on The Fountain I read all the conquistadors. I love the story of Cabeza de Vaca, but there was a Spanish film that was made about him, a very good film with a lot of mysticism. It would be amazing to do a big conquistador film.”

“When I was in Mexico researching The Fountain, I was in Chiapas, Palenque and then I came to Mexico City. I said “I’m not going to leave Mexico until I finish this draft” so I stayed at a Mexico City hotel, back in 2002 or 2003. Somehow I got a call from Alfonso Cuaron. I had never met him before but I loved A Little Princess. Alfonso was like “I have the premiere of a movie”, and turned out it was the premiere of Y Tu Mamá También, which was one of the great screenings I’ve been to. When Gael (García) and Diego (Luna) made out, it was quite a scene. I became friends with Alfonso and he’s one of my favorite filmmakers.”

“The Wrestler is vastly different than The Fountain. I had very little money to make The Wrestler so I had to figure out a visual style that worked with it.”

“All movies will be erased eventually, it’s just a matter of time. I don’t know which one I would save. People talk about their films as children and there’s some truth to that; I do like my child more than I like my films. For a long time it was The Fountain, we worked the hardest on, but then I realized there’s something great about not working so hard sometimes. And that was a big lesson for me when I worked on The Wrestler.”

“I couldn’t work that hard on The Wrestler because Mickey (Rourke) showed up in the set 3 or 4 hours later everyday!”

“When working on Black Swan people told me about his films. I watched them (the films of Carlos Saura), and they’re beautiful films. I’m more interested in story and he’s much more interested in the dance. It’s very interesting how he brought story into dance. We all looked at it, my entire crew and me, we talked about it but his stuff is definitely set in the abstract world of a dance studio.”

“I’ve seen Killer’s Kiss, but very long time ago. I actually don’t even remember that there was a ballet scene in it. So it may have been an influence (for Black Swan) because I saw it 20 years ago and most of Kubrick’s work burns deep into your brain.”

“The magic of filmmaking is that you can be transported into the head of a 6-year-old girl in Iran. You can connect with people all over the planet. I’m interested when the human spirit is captured on film.” 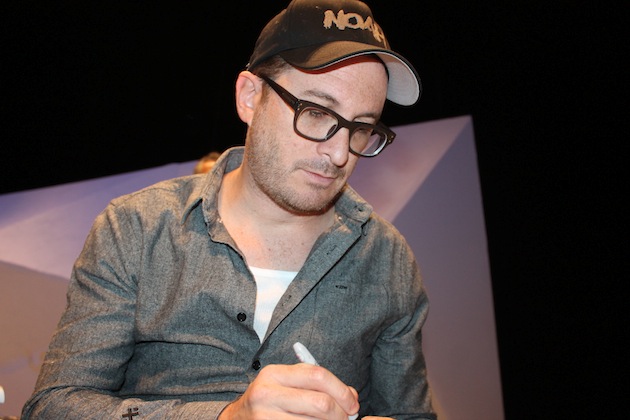 “Why should I keep working? Unfortunately I have very few other skills. I’m kind of stuck now, so I got to keep making films if I want to eat. It’s a chance to learn about a different world and there’s something exciting about learning.”

“The most important thing is to tell your own story. If you want to go tell some bank robbery movie, some serial killer movie or some superhero movie, that’s great but that’s a very different thing than what I think you should be doing as a first time filmmaker.” 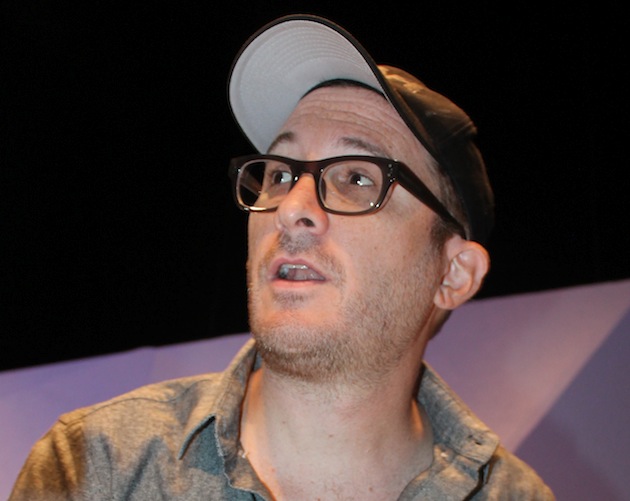 “The films of Steven Spielberg and George Lucas were a big influence on me. I always wanted to have an audience like that. Big stories that everyone relates to.”

“Noah is a big idea with big movie stars and a very universal story. I hope people will connect with it in a big way.”

Do you feel this content is inappropriate or infringes upon your rights? Click here to report it, or see our DMCA policy.
Darren AronofskyGIFF 2013Guanajuato International Film Festival