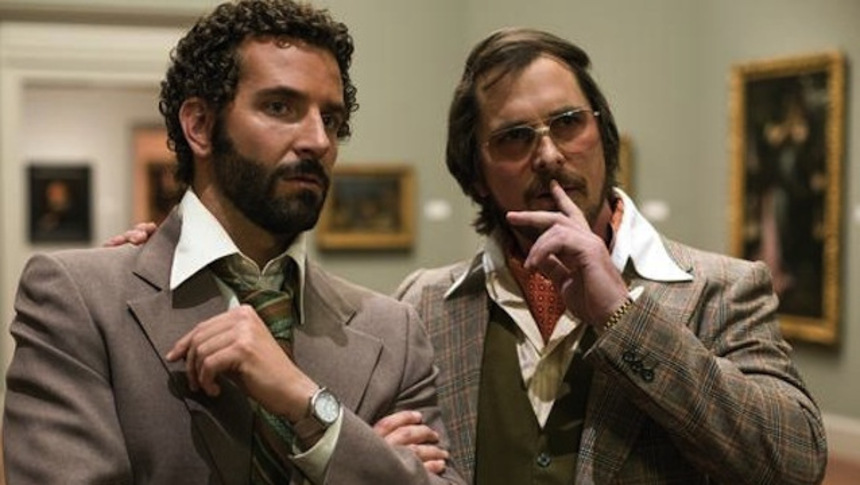 If you can focus on the faces rather than the hair styles you will, no doubt, realize soon enough that those two faces up above belong to Bradley Cooper and Christian Bale - co-stars of David O Russell's upcoming American Hustle along with Jennifer Lawrence, Amy Adams, Jeremy Renner and Robert DeNiro in what is colloquially known as 'quite a cast'.

The story of a con artist and his partner in crime, who were forced to work with a federal agent to turn the tables on other cons, mobsters, and politicians - namely, the volatile mayor of impoverished Camden, New Jersey.

Due for a Christmas release and no doubting hoping to mirror the success of Russell's Silver Linings Playbook, the first trailer for this one has just arrived and it's looking rather like you'd hope from this particular director / star combination. Which is to say, rather good. Check it below.