Who Should Be The New DOCTOR WHO? 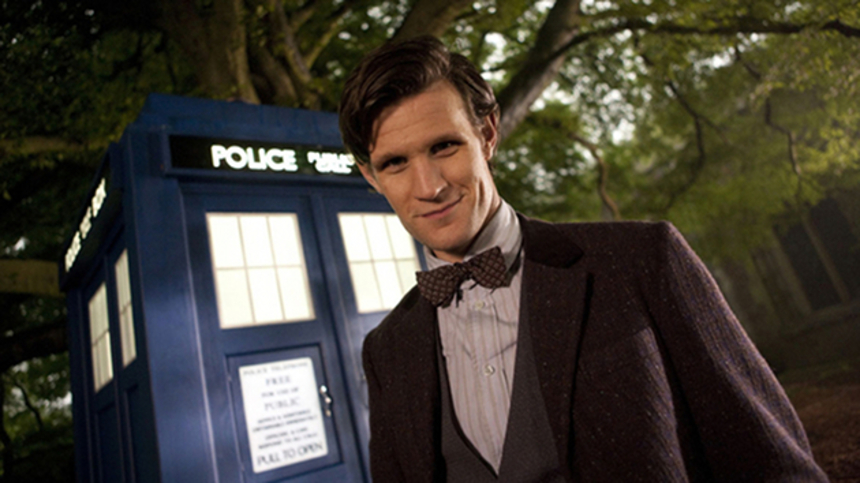 So, it became official over the weekend that Matt Smith's tenure as the 11th Doctor Who is coming to an end following the upcoming Christmas special and 50th Anniversary show. Which, of course, raises the obvious question of "Who's next?"

The obvious answer, of course, is that we've already been introduced to the next Doctor and that it's John Hurt. Which would be pretty damn spectacular, frankly, and would also imply some sort of tangling of the timeline given that the eleventh Doctor was already clearly aware of who - or what - exactly Hurt was. It would also imply a much darker turn for the character so let's assume that the BBC isn't going to want to mess with their biggest cash cow to quite that extent - which seems a safe bet - and that Hurt, instead, is going to prove that catalyst that leads to the next regeneration and / or the villain of the upcoming season.

If that proves to be the case, then one of the most iconic roles of all time is in need of a new actor. So have at it. Who should it be? Do we go comic? Do we go darker? Established? A new face? Is now the time to insert some racial diversity into the role? Who do you want to see? Who do you think is likely? These two things are quite likely not the same, so let's lay it all out there!

Do you feel this content is inappropriate or infringes upon your rights? Click here to report it, or see our DMCA policy.
doctor whojohn hurtmatt smith

If you want to skew younger. Ben Whishaw.

Whishaw would be cool, yeah. I like Domnhall Gleeson, too.

There seems to be a lot of support here behind Damian Lewis, who I think might be a popular choice. Should they switch sex then I'd love to see Olivia Colman in the role. Just hope they go for an older actor this time around - would love to see John Hurt, but can't see that happening!

I think it was Norm Wilner who suggested Dylan Moran, who I know would appeal to you, Todd.

Oh. Hmm. I really, really love Moran but he'd be an exceptional drunken and dissolute Doctor. I'm not sure he's got the gravity to balance things out, actually.

Helen Mirren. If she happens to be unwilling or unavailable then I vote they go back to Joanne Lumley

Anyone but Sean Bean. If he's the Doctor, then you'll know he's going to die.

I think Idris Elba would be a phenomenal Doctor. Though Irish, Robert Sheehan or Chris O' Dowd would be interesting and exciting choices. Daniel Radcliffe would be a great choice too especially if the Doctor wanted to make the transition to the big screen in the near future.

Ben Whishaw would be damn, damn good if they wanted to keep it under 35. He'd bring a darker edge to it all while still maintaining the slapstick energy... if that was so required.

Damian Lewis is actually a very interesting choice. The mad man angle could be played up with either of these choices.

Well, if they choose to stick with a white man, I sure as hell hope they drop the meet cute will-they-or-won't-they rom-com dynamic they've been gunning for with all these recent hairdo Doctors. I'll stick with the same answer I've been giving since Eccleston was so damn good: Bill Nighy would be awesome,

If they were to do a black Doctor I think Idris is the obvious choice. He'd be great, though I don't know if he'd want to have obligations to two TV series with the way his film stuff is going. He'd be compelling, though, provided the writers were willing to work with his strengths, which I've never thought they did with Ecclestone. And I kinda feel the same way about O'Dowd as a I do about Dylan Moran ... absolutely love the guy but don't think I'd love him as this.

Helen Mirren...she has the wit of the Doctor.The dramatics and emotional
range for her is off the charts. If John Hurt is the nemesis the
interaction between the two would be television at its very best.If the
want to stick with a male than I say Julian Sands.

my biggest worry is that it might be a girl, and Billie at that!

anyone know anything about that?

David Oyelowo would be good too.

Don't want to know, a new face. Some one we've never seen before.

jeremy clarkson hahah.. that would be fucking hilarious hahhaha

Hiroshi Abe would be terrific!

John Hurt's character is strongly rumored to be the real 9th Doctor, a regeneration that he forgot or blocked out of his mind because of things he did during the Time War.

Which would make Eccleston the 10th, Tennant the 11th, and Smith the 12th.

This means the next Doctor will be the 13th and LAST regeneration.

Speaking of regenerations, I wonder if it would be possible to bring back a previous Doctor for the next series.
Maybe John Hurt or give the 8th Doctor Paul McGann his time on the series.

Benedict Cumberbatch would make an awesome Doctor. He has the right vibe. And he wouldn't have to worry about stamp-casting, which is a bonus. Too bad he turned down the offer a few years ago and probably has not changed his mind.

I thought so too, but he really is already a Doctor Who character with a sidekick in Sherlock. I feel he has already done it

These faces are too well known. I know Ecclestone was a well known face too, but it worked for the reboot. Having said that, Idris would always get my vote

Robert Carlyle would be perfect.

Tilda Swinton. A woman AND ginger!

'bout tahm they had un UHMERICAN Doctor, I reckon. How's about Gary Busey?

the lead singer from Muse

Actually, all these months later, I think they've definitely gone with
the next best thing. Or third best, frankly, because I'd kinda kill to
see David Thewlis play another white Doctor, too. But Peter Capaldi
should fit this mold nicely. I'm looking forward to Doctor Who again in a
way that I haven't really done since the eighties, actually.