Review: A HIJACKING, A Gritty Anti-Thriller 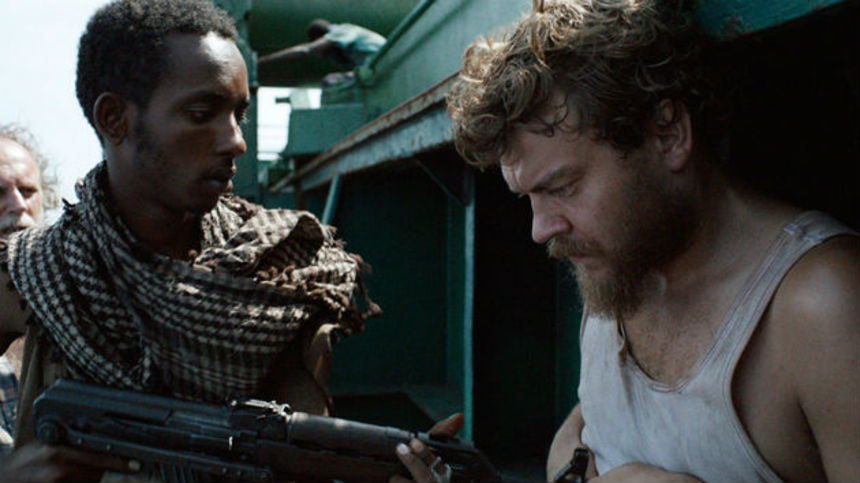 The crew of the freighter MV Rozen are in trouble. En route to Mumbai to take on cargo and fresh crew, the cargo vessel has been boarded by Somali pirates, seized by a dangerous and unpredictable armed gang who demand millions from the Rozen's owners to secure the safe release of ship and crew. The process will stretch over months, the lives of the crew hanging in a tenuous balance throughout while the CEO of their company negotiates for their safe release back home.

Though A Hijacking marks the solo directing debut of Tobias Lindholm, the young writer-director is already regarded as one of the brightest young talents in Denmark and all of Europe. As a writer, Lindholm is a key player in hugely acclaimed Danish television series The Castle and he also co-wrote Cannes and Toronto selection The Hunt for Thomas Vinterberg. As a director, he won acclaim for the co-directed feature R, a prison drama built around a gritty, hyper-realistic style that Lindholm repeats here.

Any thoughts that Lindholm plans a typical, high energy thriller with A Hijacking are dispelled immediately with one very deliberate and very surprising move. Despite the title of the film, the actual hijacking never appears on screen. We do not witness the arrival of the pirates nor their boarding of the Rozen. They simply arrive between scenes while Lindholm has the story focused on the corporate world behind the scenes in Denmark. There's no question this is a deliberate move, one designed by Lindholm to say to his audience, 'Look, I'm not making an action film here. The characters are the thing.'

And that's where we spend our time, with the film painting a picture of two very different men on opposite sides of this event slowly crumbling under the pressure. On board the ship, we have Mikkel (frequent Lindholm collaborator Pilou Asbeck), the ship's cook who wants nothing more than to get home to his wife and young daughter. And on the other we have Peter (Soren Malling), the company CEO who disregards the advice of the professional consultant brought on at the beginning of the incident to handle the negotiations himself. Obviously the stresses on both men are wildly different, but both are under such enormous pressure that they slowly begin to erode away.

Lindholm shoots his film in a true verite style, with handheld cameras on actual locations. Not at all interested in sensationalizing these events, Lindholm recognizes that the real drama of men and families caught in this situation are more than enough to carry the drama. His devotion to authenticity is enough that the actor hired to play the crisis specialist is no actor at all but a former hostage negotiator. The entire cast is strong, with Asbeck and Malling carrying the lion's share of the work in fine form.

A film that would be wildly different if made in virtually any other nation by any other director than Lindholm, A Hijacking delivers on the promise of R, firmly establishing its creator as no longer an up and comer but a talent who has arrived.

Review originally published during the Toronto International Film Festival in September 2012. A Hijacking opens in limited release in the U.S. on Friday, June 21. Visit the website of distributor Magnolia Pictures for theatre listings.