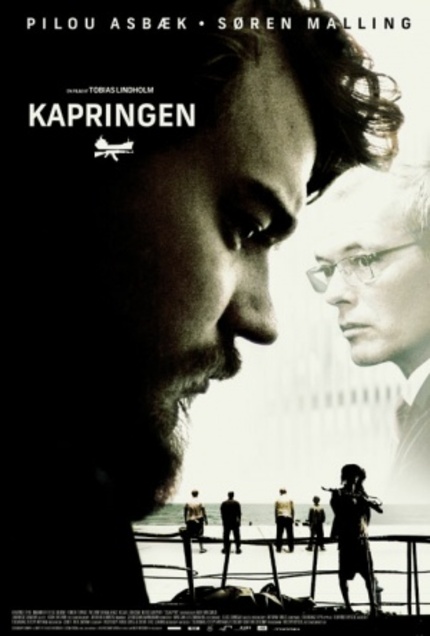 Denmark's Tobias Lindholm has quickly established himself as one of the brightest young talents in Europe and North American audiences will be able to get a taste for themselves soon with word that Magnolia have acquired North American rights for A Hijacking with a 2013 release planned. Here's how I described the film in my review from the Toronto International Film Festival:

The crew of the freighter MV Rozen are in trouble. En route to Mumbai to take on cargo and fresh crew the cargo vessel has been boarded by Somali pirates, seized by a dangerous and unpredictable armed gang who demand millions from the Rozen's owners to secure the safe release of ship and crew. The process will stretch over months, the lives of the crew hanging in a tenuous balance throughout while the CEO of their company negotiates for their safe release back home.

Watch a trailer for the film here.