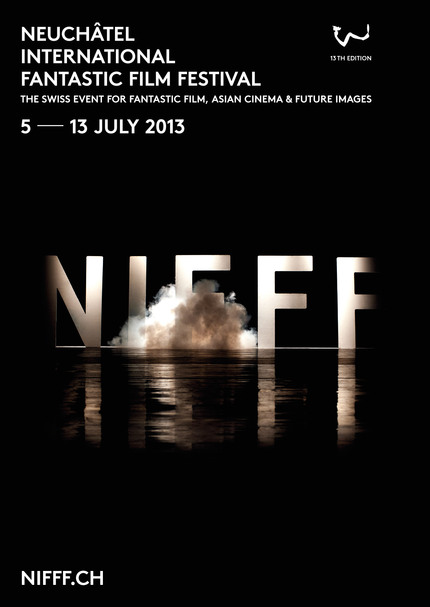 What evil lurks in the hearts of picturesque, Swiss lakeside towns?
Returning for its 13th edition, the Neuchâtel International Fantastic Film Festival (NIFFF from here on out) has announced its full program today, and does it ever look fun.
The festival, which runs from July 5  - 13, will play host to several euro-horror premieres and festival circuit holdovers, including Vincenzo Natali's Haunter and Javier Ruiz Caldera's Ghost Graduation, which has been well loved here at ScreenAnarchy. Johnnie To's Blind Detective and Takashi Miike's Shield of Straw, both fresh from Cannes, are two of the flagship films in the festival's New Cinema From Asia focus, which also includes Ringu and Dark Water director Hideo Nakata's supposed return to form, The Complex.
But what's most exciting are the two main retrospectives.  Larry Cohen is the festival's guest of honor this year, and he'll be presenting screenings of Q, God Told Me To, the It's Alive series and some of his latest work throughout the festival.
At the same time, a series called When Music Scores will honor that alchemical union between sound and picture with a series of classic screenings (Ran, The Umbrellas of Cherbourg, Alien. Will there be Suspiria? Of course there'll be Suspiria), a master class with musican/composer Cliff Martinez and a special event where Murnau's Nosferatu will be live-backed by French electronic group Turzi.
There's a hell of a lot more too, so check it out below, and get yourself to Switzerland for July 5!

The complete program is online at: www.nifff.ch

Do you feel this content is inappropriate or infringes upon your rights? Click here to report it, or see our DMCA policy.
Neuchâtel International Fantastic Film FestivalNIFFFNIFFF 2013