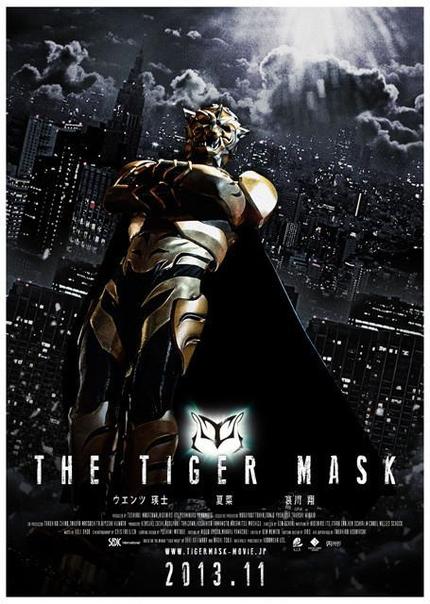 The film is directed by Ken Ochiai and the cast include Eiji Wentz (Gegege no Kitarō, Brave Story) as the titled hero, Sho Aikawa (Tokyo Zombie, Zebraman) as mentor and arch-nemesis Mister X and Natsuna Watanabe (Gantz, Kimi ni Todoke) as the heroine Ruriko.

Naoto DATE is a 13-year-old orphan. He and his friends live at an orphanage called House for Little Rascals, along with the owner's daughter, Ruriko WAKATSUKI who is also 13. One day Naoto learns that the orphanage is to be closed because of an outstanding debt. The children take their last excursion to the zoo before they all move to separate lodgings. Naoto and Ruriko stop in front of the tiger cage. While Naoto makes a vow that he'll one day become as strong as a tiger, a stranger observes him. Mysterious Mister X who offers to train Naoto... When Naoto grows up strong, he fights to protect the woman he loves, to save the children's future and to pursue his chosen path.

The theatrical release date in Japan is around November. You'll find the teaser embedded below.
Tweet Post Submit