70s Rewind: SUPERMAN Made Me Believe 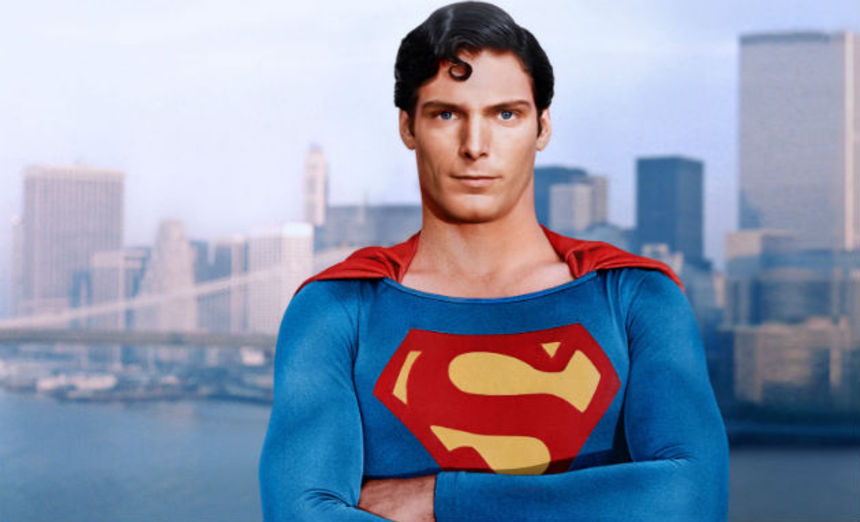 "You'll believe a man can fly."

Belief was a big deal for movies and me in late 1977. Sure, Star Wars rebooted space opera, but that was a long time ago in a galaxy far, far away. Close Encounters of the Third Kind was set in the present day and made alien contact look cool, but if you know how that movie ends, you know it was shrouded in secrecy.

Somewhere around that time, I saw the teaser for Superman, and was not convinced it was for me. I read comic books as a kid; Spider-Man was my favorite, both for his jokes and for his alter-ego sharing a first name with me. Superman, though, and his many spin-offs -- Supergirl, Superboy, Superdog (?!) -- always seemed too straight and stiff for me, and re-runs of the 1950s TV show Adventures of Superman (with George Reeves) that I'd seen never caught my interest. I'd watched Lee Majors in The Six Million Dollar Man and Lindsay Wanger as The Bionic Woman on TV from time to time, and Superman struck me as being more of the same: silly, not believable, not relevant.

So when Superman was released on December 15, 1978, I didn't rush out to see it. By that point, I was paying more attention to current events. The previous month, news broke that Jim Jones and his cult had committed mass suicide in Guyana, leaving more than 900 dead. Barely a week later, San Francisco Mayor George Moscone and City Supervisor Harvey Milk were killed in cold blood by former Supervisor Dan White. In a world of such tragedies, what relevance could a man of steel, born from the pages of a comic book, possibly have? 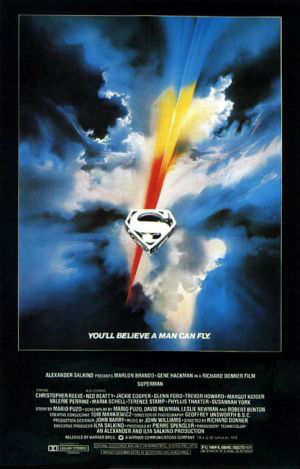 The idea to make a movie out of Superman is credited to Ilya Salkind, who secured the film rights from DC Comics in 1974 and produced the film along with his father Alexander Salkind and Pierre Spengler. Making a deal with Warner Bros. for distribution, the Salkinds and Spengler set to work to raise financing by recruiting big-name stars and a known commodity as screenwriter.

Marlon Brando was hired at the then-exorbitant fee of $3.7 million for two weeks of work. Gene Hackman came aboard shortly thereafter. With Mario Puzo (The Godfather) also enlisted to write a screenplay, the project was able to move forward. The Salkinds, who'd recently split The Three Musketeers into two movies to good financial success, decided to make two Superman movies at the same time.

Robert Benton and David Newman (Bonnie and Clyde) and later Leslie Newman rewrote Puzo's massive, 500-page script for both movies into something described as more campy, a parody. Guy Hamilton (three recent James Bond pictures) had been hired to direct, but when production moved from Italy to England in order to save money, he dropped out and Richard Donner (The Omen) happily accepted $1 million to direct both movies (his asking price at the time was $100,000), with Nick Nolte penciled in to play Superman. Donner didn't like the tone of the script, so he promptly brought Tom Mankiewicz on to rewrite it. (Mankiewicz had worked on the same James Bond pictures as Hamilton.)

Mankiewicz conceived of a story and style of dialogue that would change tone markedly, beginning with a Biblical approach on Krypton, then a bucolic Andrew Wyeth approach in Smallville, then a comic book approach in Metropolis. Meanwhile, Donner pushed for an unknown to star; he felt that seeing an A-lister "flying" would distract from the story.

My impressions of the film back in 1978 were favorable, though not ecstatic. It felt slow and stiff and proper, with a sunny optimism that felt a bit alien to my more pessimistic, rebellious attitude of the time. On the other hand, that sunny optimism of the film feels absolutely sincere, and John Williams' theme music, especially, sounded pretty darn triumphant and infectious.

What really stood out to me were those flying scenes -- not the ones where Superman is flying against rear-projected images, or the "romantic" extended sequence where the caped hero flies with Lois Lane -- but the ones in which he takes off and lands. How did they do that? It looked magical to me, and made me, an increasingly cynical youth, believe in the magic of the movies all over again.

Watching the movie again recently, this time the 2001 restored version supervised by Donner that's available on Blu-ray, did not make me fall in love again -- Superman II is still the better film in my eyes, especially Donner's cut -- but I did appreciate the film's virtues anew. The opening 25-minute section on Krypton still feels painfully slow, yet the Smallville scenes, filmed in Alberta, Canada, are spellbinding in their beauty, as photographed by the great Geoffrey Unsworth, and make the Krypton scenes feel especially superfluous.

The shift in tone once "Clark Kent" moves to Metropolis is still jarring, and all the wit in the world doesn't keep the film from spinning into a very silly realm of comedy. As good as Christopher Reeve is as Superman, he's equally ineffective as Clark Kent, and that goes for Gene Hackman as Lex Luthor and Ned Beatty as Otis, too. Their scenes may provoke laughter, and probably secured the film's huge box office success, but they wink at the audience too broadly, as if to say, 'The first hour of the movie, where we took the story and ourselves seriously? Yeah, forget that. We just want you to like us.'

For the era in which the film was released, however, Superman played just right for audiences. It paved the way for other superhero movies to come, eventually. And it made me believe, even if just for a little while, that a man could fly.

70s Rewind is a monthly column about the author's favorite movie decade.

Do you feel this content is inappropriate or infringes upon your rights? Click here to report it, or see our DMCA policy.
christopher reeverichard donnersuper hero moviesSuperman