In many ways it has been a weirdly uphill climb for Axelle Carolyn to gain acceptance as the talented writer-director she clearly is. Female directors in any genre are somewhat of a rarity and always looked at somewhat differently - "Oh, she's not bad for a woman," etc - and that factor is amplified tenfold if you happen to be a woman working in horror, where social graces are often somewhat lacking. And in Carolyn's case the gender factor is only amplified by the fact she also happens to be married to Neil Marshall, director of Centurion, Dog Soldiers and The Descent. Which means she not only gets to deal with the pressures of being a girl playing in what is largely a boy's club but she also gets to deal with the whispered - and often not particularly whispered - accusations of riding her husband's coattails.

Which is ridiculous, frankly, and thankfully she's having none of it.

Over the past three years Carolyn has made what appears to be a very deliberate decision to step away from acting and focus instead on developing her craft as a writer-director. And with three very well received short films under her belt which she both wrote and directed while also producing two of them, plus a fourth short on which she is credited purely as an associate producer, Carolyn has made the move to features with the recently wrapped Soulmate.

After a failed suicide attempt, Audrey (Anna Walton), a young widow, retreats to a remote cottage. She soon discovers that the place is haunted by its previous owner, but decides to stay, hoping somehow to find comfort in the ghost..

Anna Walton, Tom Wisdom and Nick Brimble star and while a trailer is likely still a ways away ScreenAnarchy is happy to share a pair of stills from the film along with one of the writer-director in her scary mittens. Take a look in the gallery below and remember you can click to enlarge. 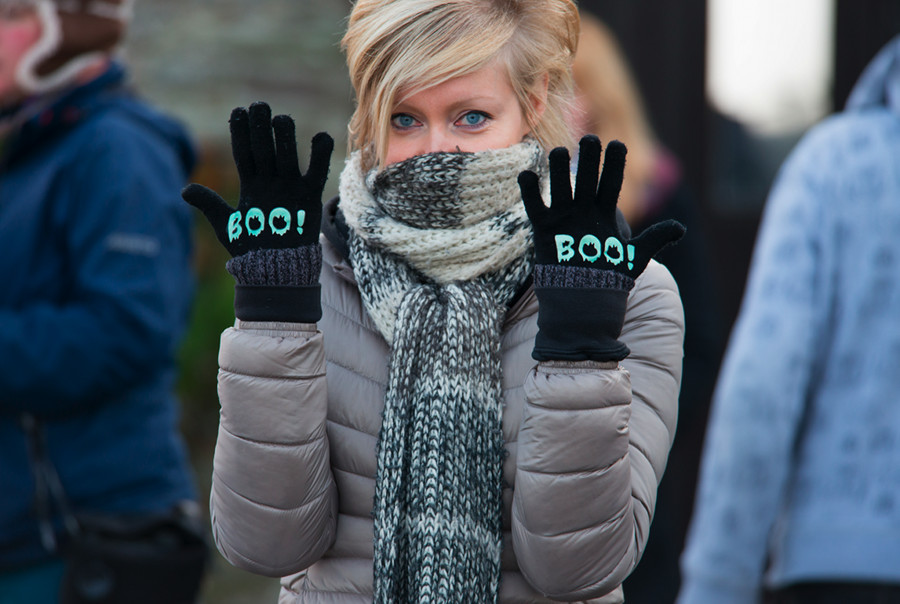