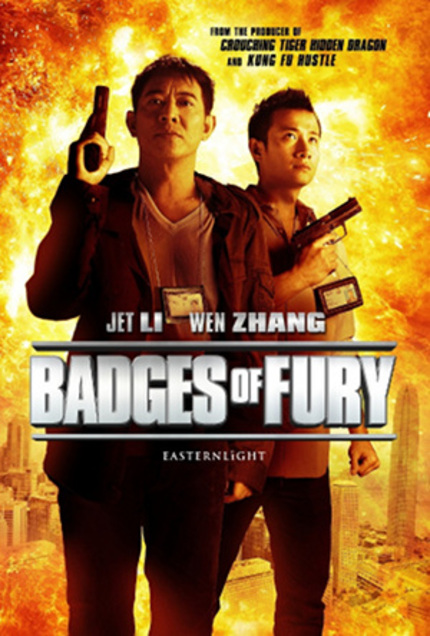 Let there be no doubt about it. While the western marketing for upcoming Jet Li starring picture Badges Of Fury has done everything in its power to present the film as an action thriller, this is a comedy through and through. A very, very goofy comedy.Here's how the film is being described for international markets:

When a spate of eerie murders erupts across Hong Kong two troublemaking cops are assigned to the case. Young maverick WANG and grizzled vet HUANG who is fed up with his reckless younger partner always landing them in hot water. Reaching a dead end after discovering all the victims were former boyfriends of aspiring starlet LIU, the detectives must play a deadly game. One of them must go undercover as Liu's lover to lure the killer out.

Ooh, gritty, right? Well, the English subtitled Hong Kong trailer for the film put the lie to that with plenty of comedic elements turning up there but now a Chinese-only trailer has followed and not only is it comedy start to finish but it's very, very silly comedy. Personally I've never been particularly fond of Li in comedy mode but mileage may vary. Take a look below.

More about Badges Of Fury