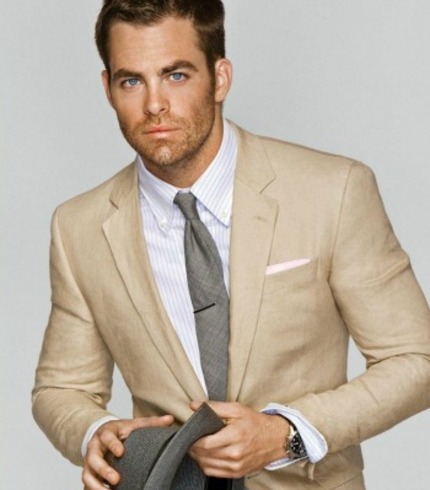 With their movies currently rolling out into theatres, Chris Pine and Tobey Maguire are back in the news as part of a collaboration to adapt Z For Zachariah, the iconic 1974 young adult novel set in the wake of a nuclear holocaust.
Maguire has been driving this project as producer in partnership with Zik Zak Filmworks for some years now, and they recently attached Compliance director Craig Zobel after flirting with Snowtown helmer Justin Kurzel initially. Zobel will direct from a script by Nissar Modi, which took the 26th spot on the 2009 Black List for unproduced screenplays.
With Pine's Star Trek Into Darkness about to fly into cinemas, the producers have announced that Pine will star in the film with Amanda Seyfried and man of the moment Chiwetel Ejiofor - who has just come off a possibly career-defining performance in Steve McQueen's Twelve Years A Slave. With the novel telling the story of Ann Burden, a 16 year old girl who survives a nuclear war in a small American town, we look forward to hearing who'll they cast in the lead.
Sign-In to Vote
Tweet 0 Submit

More about Z For Zachariah

Seyfried is the lead. Clearly the lead in the movie will be in her 20's, not in her teens.

I got the plot summary from IMDb not the novel. I've not read the book but have heard it was iconic for many teenagers due to the protagonist's age. Very surprised if they change it.

"a script by Nissar Modi, which took the 26th spot on the 2009 Black List for unproduced screenplays."

Interesting, could be something very good if it ended up on the blacklist.

"Maguire has been driving this project as producer"
I didn´t know he had so many producers credits on IMDB.....
Thanks for the info Mr de Bruyn.