Harvey Weinstein said it himself at this year's Weinstein Company Cannes showcase, "2012 was a year as good as any year we had at Miramax." The three films highlighted at last year's event (Django Unchained, Silver Linings Playbook, and The Master) went on to snag 16 Oscar nominations. This year's crop of films... well let's just say they have some work to do to live up to their older siblings. 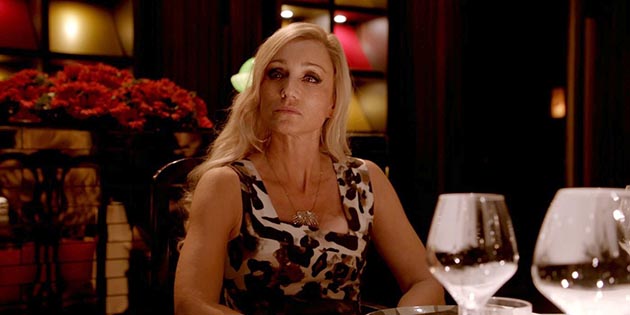 The only film that received an audible reaction from the crowd was the cut scene shown from Nicolas Winding Refn's Only God Forgives. The nearly five-minute scene featured Kristin Scott Thomas grilling her son's new girlfriend with the kind of language that would make a sailor blush. Gosling's character sat there taking it all in typical Gosling stone-face style. The audience erupted in applause when it was over. Expect plenty more from us on this film (and expect plenty to be written about KST's performance) once the film premieres at the fest next Wednesday.

One of the other more impressive pieces was another cut scene for a film in competition: James Gray's The Immigrant. The scene featured a fired up Joaquin Phoenix admonishing Marion Cotillard with the kind of fervor seen in the more aggressive moments of his turn as Freddie Quell. Other than the very strong performances, the most notable element was the extra stylized color used to shoot the scene (though this might have been partly due to the heavily compressed videos that were projected in the less than ideal conditions of a converted ballroom). 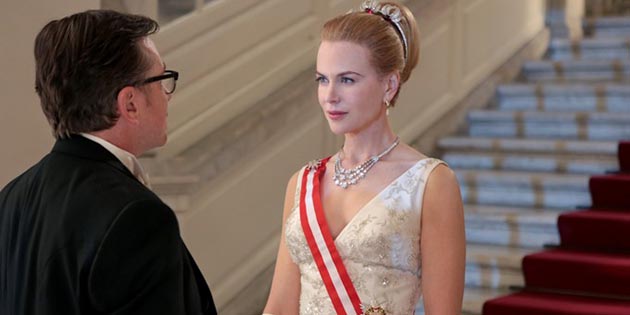 The most screen time of the event was given to Grace of Monaco which had a nearly 6 minute promo trailer and a personal, somewhat stony introduction from Nicole Kidman. From the look of things, this movie will really be the Nicole Kidman show and will likely live and die by how much audiences want to spend the time with her.

The lone documentary of the slate was Shane Salerno's Salinger, a look into the life of the enigmatic author. The 2:45 trailer was cut like an intense mystery-thriller with heavy-handed music that all felt just a little over the top. Regardless, there is certainly potential here for those interested in the iconic man. 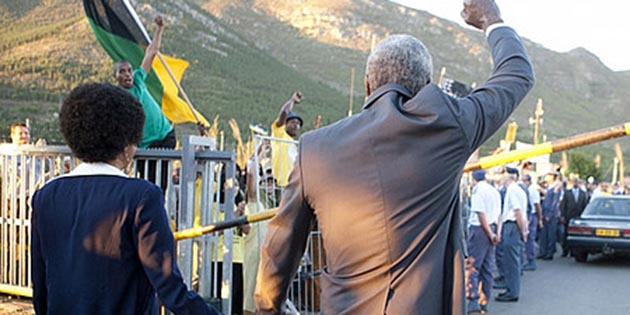 Perhaps the most compelling trailer was the two-and-a-half minutes put together from Justin Chadwick's upcoming Mandela: The Long Walk to Freedom. "This is not your dad's HBO Mandela film," quipped Harvey after the trailer ran. I honestly have no idea what that means, but the film, starring Idris Elba as the South African leader, did look to be a very well executed period piece and plenty exciting. The movie is dated for November 29 and will surely be in the awards picture if it lives up to the potential seen today.

There was plenty more Oscar bait wheeled out including Lee Daniels's unimpressive and overly dramatic-looking star-studded The Butler that stars Forrest Whitaker, Oprah Winfrey, Robin Williams, Terrence Howard, and Lenny Kravitz (just to name a few). If you think that one sounds like it's pandering to the Academy, just wait until you see the two-minute trailer for the George Clooney-produced August: Osage Country, directed by John Wells. This one has even more stars on tap, including Meryl Streep, Julia Roberts, Ewan McGregor, Chris Cooper, Benedict Cumberbatch, and Dermot Mulroney. 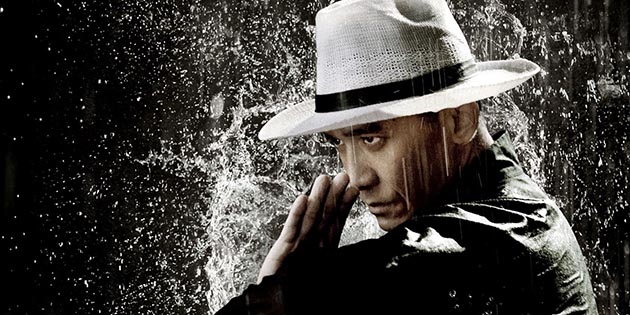 The pretty horrible 70-second trailer for Grandmaster got a quick and unimpressive run. That was quickly followed by the just as quickly forgotten 90-seconder for David Frankel's One Chance - or as it could be known: Paul Potts: Opera Singer.

TWC is handling international for Ain't Them Bodies Saints so they played the early shootout scene and also brought a terribly nervous Rooney Mara up on stage to say hi. She waved and refused to say anything into the microphone. Most of the cast was also on hand for Un Certain Regard title Fruitvale Station. Harvey ran a trailer for that film which shows a lot of the film in its two-and-a-half minute runtime.

All things considered it was well worth the time to see some cool early looks (and the free champagne never hurts). There were certainly some stinkers in the bunch, but given Harvey's track record, we could have very well just had our first look at the next Best Picture winner as well.