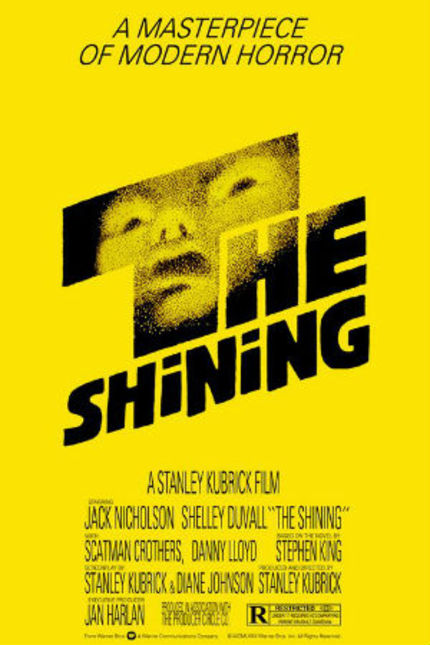 As explored in Rodney Ascher's fascinating documentary Room 237, everybody has a theory on what Stanley Kubrick's film version of The Shining means.

Stephen King, who wrote the original novel (first published in 1977) and is not a fan of Kubrick's version, has written a sequel, Doctor Sleep, which focuses on Danny Torrance as an adult. The book is due for release in September.

Meanwhile, in Hollywood, a prequel is moving forward, titled The Overlook Hotel. Glen Mazzara is in talks to write the screenplay for the proposed project; he's the former showrunner for TV's The Walking Dead who exited the series a few months ago. He's written many episodes of TV shows (Nash Bridges, The Shield), but doesn't appear to have any feature film credits.

Beyond reasons of commerce and name recognition, I'm not sure why the world needs an origin story for a hotel. If I recall correctly, King explored the idea of "sheer inhuman evil" residing in the place, but he also created memorably disturbed family members. That's the challenge for Mazzara: not just to conjure up ghostly imagery, but delineate a new cast of characters.

Unless the aim is to picture Jack Torrance in a previous time period, which sounds doomed to failure.

Do you feel this content is inappropriate or infringes upon your rights? Click here to report it, or see our DMCA policy.
stanley kubrickStephen Kingthe shiningMark RomanekGlen MazzaraHorror