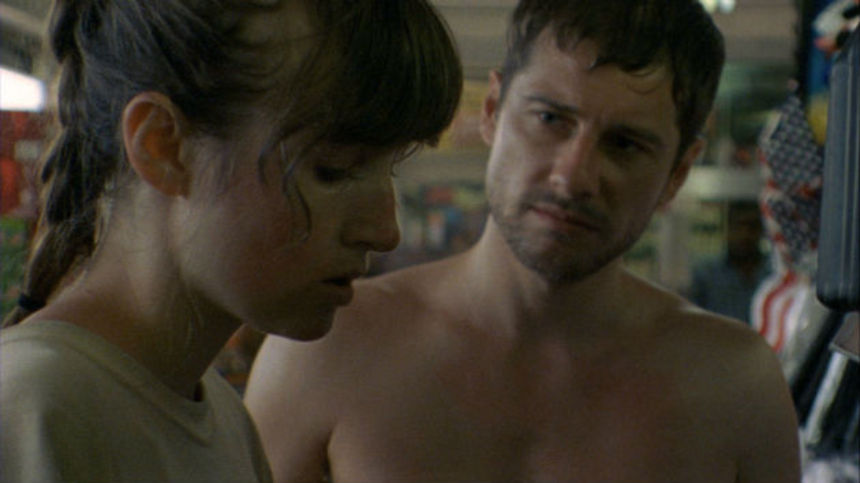 There's a small scene in Sun Don't Shine that keeps playing over and over again in my head.

A woman is telling a story about the time she was making a pizza and almost burned her house down. She mixed her prescription sleeping pills with wine and passed out during the aforementioned pizza-making. Hours later, she woke up to a smoke-filled house. (Somebody up there must be looking out for her.) Without any hesitation, she blames this happening on her doctor. After all, he gave her the medication, which means it's in no way her fault that the sleeping pills made her fall asleep, resulting in a non-edible pizza and near non-existent house.

This small moment reminds me of Sun Don't Shine's running theme. It's about people who don't want to take responsibility for the bad things they've done in their life. They just want to be rid of them and move forward, regardless of how detrimental they are.

In Sun Don't Shine, Crystal (Kate Lyn Sheil) and Leo (Kentucker Audley) are two miscreants on the run. They did something criminal but we're unsure what at the moment. We just know from the opening scene things aren't right and now they're hyper-paranoid about their crime. Their plan is to take a four-hour road trip through the Florida Everglades, get a boat from Leo's off-and-on girlfriend, and sail away to rid themselves of whatever it is they need to get rid of. As they get closer to their destination and their paranoia starts to take hold, their painful past eventually floats up.

Together, Crystal and Leo are what happens when a tornado meets a volcano. They are two very different people who don't understand each other. These two are wrapped in their own worlds. Without realizing it, Leo abuses Crystal in one of the most unconventional (but highly effective) ways: when she talks to him (i.e babbles about how much she loves him and wants to have sex in a motel), he never responds -- he's too focused on not getting pulled over by a highway patrolman. We can see in Crystal's hopeless eyes that this is tearing her apart. Leo does love her but isn't good at showing it. He just wants to make it to their destination without any law enforcement interruption. 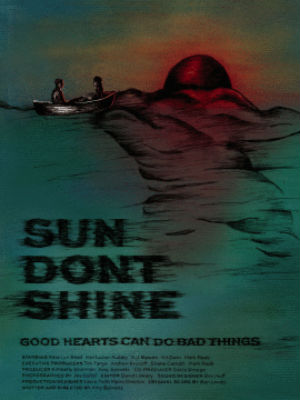 Sun Don't Shine marks the writing and directing feature debut from mumblecore darling Amy Seimetz. Seimetz has spent a lot of her time in front of the camera, working for established filmmakers such as Joe Swanberg and Adam Wingard. This film proves she paid a considerable amount of time watching and learning tips and tricks from the filmmakers she's worked with. Her work has paid off and she's made something very sensational and haunting.

There isn't much action in Sun Don't Shine -- a lot of the film rides on Sheil's performance as the brainsick Crystal. I'm probably not the first to say this, and I'm OK with that, but Sheil is lovely to watch on screen; she can pull off raw emotion without doing much, and it's chilling. Sheil's Crystal is very ambitious in her desire to gain Leo's affection, and it's gripping to watch her progressively lose touch with reality.

It takes a lot of guts for an actor to step behind the camera and make a film. It's really amazing how much Seimetz pulled off with so little. Road trip films are tricky because if not done right, you can lose your audience very quickly. Seimetz doesn't slack and builds the intensity up to the very haunting and subtle finale.

Review originally published in slightly different form during AFI Fest in October 2012. Sun Don't Shine opens in limited release in the U.S. on Friday, April 26. It is also available to watch via various Video On Demand platforms; visit the official site for more information.

Do you feel this content is inappropriate or infringes upon your rights? Click here to report it, or see our DMCA policy.
Amy SeimetzKate Lyn SheilKentucker AudleyAJ BowenKit GwinCrimeDramaMystery