Jeonju 2013 Review: GROGGY SUMMER Teaches Us You Can't Always Get What You Want 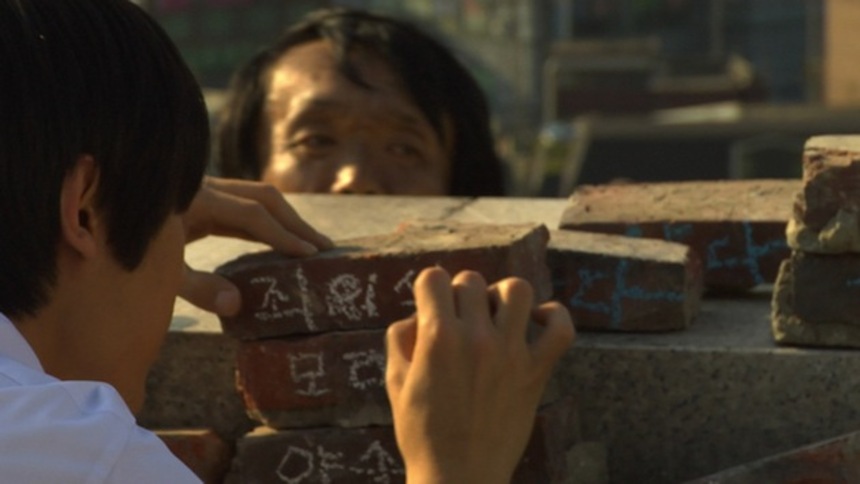 As viewers, sometimes we take for granted the decisions made by filmmakers that affect their works. A lot is decided in pre-production, and one particularly important element is a film's shooting style. Outside of a few highly stylized works, the language that a film's crew uses to tell a story is remarkably similar from film to film. A wide establishing shot opens a scene, mid-shots introduce characters and relationships, and close-ups get down to the nitty gritty of details and emotions. In fact, we've become so accustomed to this style of shooting that anything else is jarring.

Case in point is Groggy Summer, a film that is almost entirely shot in close-up. It takes a little getting used to but the result, unsurprisingly, is very intimate. It's a clever technique that gets us right inside the heads of the characters, just a very risky one that can easily alienate its audience.

A high school student dreams of being a poet but is terrified of turning into his father, a failed artist. He hangs out with his good-humored friend and a fellow artist, a street guitarist also looking to make his mark. Obstacles present themselves as he tries to self-publish his first collection and lacks the support he needs from those close to him.

Mick Jagger famously told us that we can't always get what we want. Much like his hit Rolling Stones song, the film starts out optimistically. It's the start of the summer, and the season's bright sunlight and enveloping warmth stimulate a young budding artist's senses, spurring him to write verse that he is initially praised for by those close to him. However, it doesn't take long for the oppressive humidity to tarnish the lead's youthful idealism. Reality, in the form of financial hardship, a failed artist father and lack of encouragement, gets in the way, slowly pulling him away from his dream.

It's not a new premise but the film, the debut of Seoul Institute of Arts graduate Yun Su-ik, is relatable enough to draw you in. Much of that is a result of the film's very intimate camera work, which deliberately prevents us from achieving any objectivity. Inevitably, this style also has its drawbacks. It can be difficult to see exactly what's happening and at times the movements are also disorienting. Though legitimate grievances, these also seem like necessary sacrifices, as without the film's proclivity for close-ups, I doubt it would have been anywhere near as effective.

The members of the cast rise to the demands of the film's cramped aesthetic and I imagine it must have difficult as performers to deal with such an in-your-face camera during each scene. However, there are no revelations here and, ironically, having the camera so close to the performers makes it difficult to distinguish the characters from one another.

Though mostly an accomplished debut, Groggy Summer does encounter some trouble in the back stretch as it ambles into very familiar territory on the back of a slew of well-worn tropes that bring home the theme of disillusionment a little harder than is needed. Debts and gangsters and the like strip the film of its subdued effectiveness and fresh originality. All in all, Groggy Summer is a well plotted and refreshingly-shot start for young filmmaker Yun. It's a sad look at the erosion of youthful ambition.

Do you feel this content is inappropriate or infringes upon your rights? Click here to report it, or see our DMCA policy.
2013groggy summerjeonjujiffkoreakorean film그로기 썸어