Dallas IFF Review: THE FUTURE Elevates Beyond Exploitation Into Something Nearly Profound 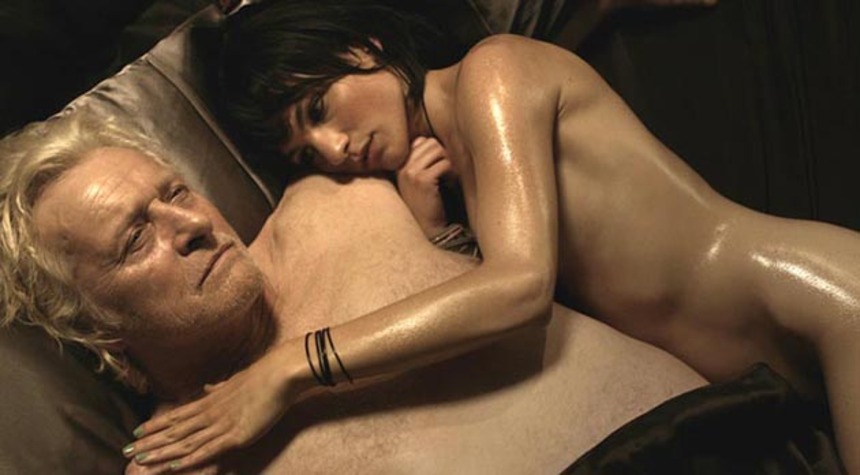 There's a way to be grossly exploitative and then there's The Future, an Italian film that has a heaping amount of female nudity and yet never feels grotesque. That it is one actresses' frame on display over and over helps to give the film a sense of ease. We witness youth's exploration of sexuality and the way that can be used as casually as a handshake or lead to so much more. Sex is a gateway: to adult hood; to a relationship; to knowledge; to money; to power; to the harsh realities of life. There aren't so much profound life lessons within as there are an opening up of the discussion for these ideas.

As good as it gets, The Future is hampered with a slow and almost meandering beginning. However, give it your patience and it blooms once Maciste (Rutger Hauer), a now blind former Mr. Universe, body builder, and exploitation actor, is introduced. It's Bianca (Manuela Martelli) that meets Maciste with the idea of ripping him off. She has no ill will against him, and she almost seems pushed into the situation by her brother's two friends. Bianca and Tomas are saddled with the unfortunate reality of being recently orphaned after their parents die in a car wreck, and they could use the money. What he wants with her is obvious at first, but it becomes something more. You get the feeling he's had a similar arrangement with women in the recent past.

He's accumulated wealth, evidenced by the fact that he doesn't have to leave his house to work and the sheer size of his homestead. Bianca, still in high school, claims to be 19. What does it matter to Maciste? The legitimacy of her simply stating her age, false or not, is enough for him. You never get the impression that he's lonely or a dirty old man. He's simply alone. What he wants from Bianca is more about the sensation of touching another woman's body. During his first encounter, he takes pleasure in lathering her in rich body oils, giving her an innocent and shiny new sheen. What might at first seem repulsive on paper actually becomes endearing on the screen. As much as we see Bianca's naked body, the sex is never vulgar. There's sensuality but this isn't pornography.

Bianca, through Maciste, grows. We see the way she dresses at school and about town. She's a tomboy of sorts. You never get a sense for her feminine form with the loose and baggy clothing she normally wears. But Maciste awakens something within her. This isn't a reimagining of Beauty and the Beast, though. Directed by Alicia Scherson based on a novel by Roberto Bolaño, this is a dark, depressing, and sometimes heartfelt story of the way our world can warp us. We can rarely change reality, but with beauty in darkness The Future shows you can escape inside the many nuances of life.

Do you feel this content is inappropriate or infringes upon your rights? Click here to report it, or see our DMCA policy.
Dallas IFFDallas International Film FestivalRutger Hauer

More about The Future (Il Futuro)