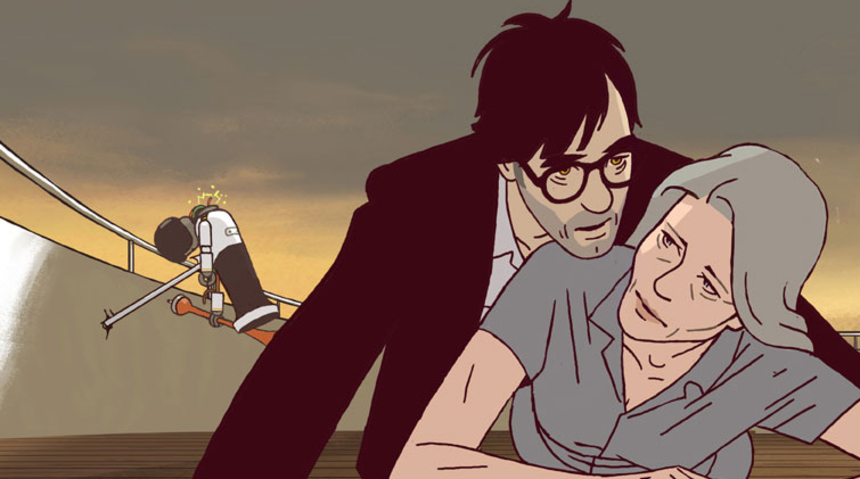 It was back in 2008 that Ari Folman burst on to the international scene with Waltz With Bashir, a dazzling animated documentary that marked Folman as an enormous, unique talent and absolutely someone to watch with great interest going forward.

When word got out that Folman's next project was an animated adaptation of iconic science fiction writer Stanislaw Lem's The Futurological Congress the anticipation spiked high. Lem - the writer of Solaris, among others - is one of the true giants of international science fiction and surprisingly little of his work has been adapted in English so the idea of one of his key works being handled by a director as strong as Folman ... well, that's a little something to look forward to.

And we've had to look forward to it for a while. Folman's working process is a long one, but things are wrapped up and The Congress has just been announced as the opening selection of the Director's Fortnight sidebar in Cannes. Yes, please.

Robin Wright, Paul Giamatti, Harvey Keitel, Kodi Smit-McPhee and Danny Huston - or, rather, their painted replacements - all star in a dystopic satire fueled by psychoactive drugs. Expect this to be weird. And awesome.

Do you feel this content is inappropriate or infringes upon your rights? Click here to report it, or see our DMCA policy.
ari folmancannesdirector's fortnightthe futurological congresswaltz with bashir