SXSW 2013 Review: GO FOR SISTERS Is an Easy-Going Character Drama from John Sayles 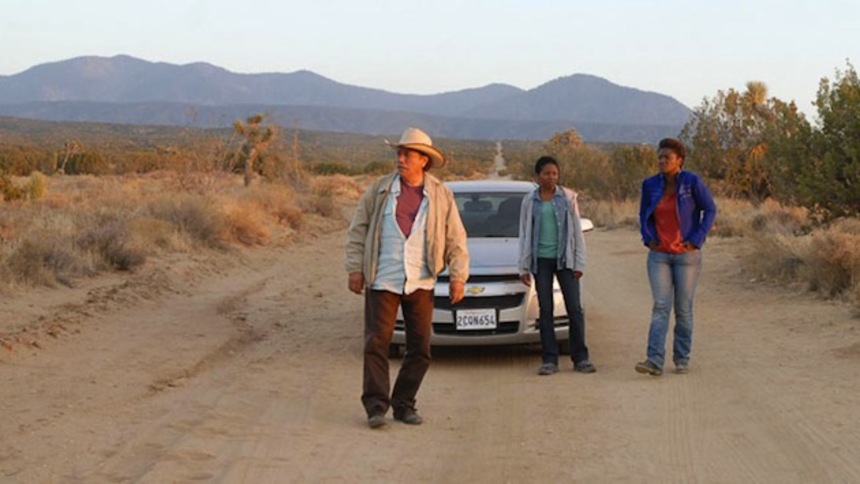 Few filmmakers are more legitimately "independent" than John Sayles, who has now written and directed 18 features since 1979 (Return of the Secaucus Seven) without studio backing. His latest, the affable character drama Go for Sisters, while not an outstanding or distinctive achievement, is a perfectly good addition to the Sayles filmography, energized by three central performances that have a lived-in, likable vibe to them.

Our heroine is Bernice Stokes (LisaGay Hamilton), a tough-minded but not unsympathetic Los Angeles parole officer with little patience for nonsense. "I listen to people sugarcoat their bulls*** all day," she tells her public-defender boyfriend as he tries to ease his way into a "we're breaking up" speech. The bulk of her job entails sitting behind a desk and hearing parolees, mostly drug offenders, explain why they violated the terms of their parole by hanging out with known miscreants.

One of these is a case she ought to recuse herself from: Fontayne Gamble (Yolonda Ross), a woman Bernice was friends with in high school before they had a falling out, who is now an ex-junkie trying seriously to keep herself clean (Back in the day, the two were so alike that people said they could "go [i.e., pass] for sisters."). Now working as a short-order diner cook, Fontayne steadfastly refuses to be dragged back into her former life, even though her financial situation means she's stuck living in the same neighborhood as her former associates. Bernice, with her finely tuned B.S. detector, can tell Fontayne is sincere.

Bernice has a son, Rodney, who served in the military but has since fallen into the kind of life his mother contends with every day at work, which breaks her heart. He evades her attempts to keep in touch with him. When a drug dealer Rodney knew is murdered and Rodney becomes a potential suspect, Bernice sets out to find him before her colleagues in the homicide division do. For this she needs the assistance of someone familiar with L.A.'s seedy underbelly. Someone like Fontayne.

If the idea of two 40-something black women, one a wily parole officer and one a prison-hardened lesbian, hunting down clues to solve a mystery sounds like it should be a weekly TV series, I agree with you. Hamilton and Ross' performances are so comfortably authentic you'd think they'd been playing the characters for years already. And Go for Sisters, with its no-frills visuals and budget-conscious shooting locations, often looks like a TV movie, not a cinematic experience. But the burgeoning relationship between Bernice and Fontayne, gradually repairing whatever the damage was that split them up in high school, provides the nucleus for an effective human drama.

Things only get better when Edward James Olmos arrives as Freddy Suarez, a retired police detective whose connections to the criminal world and ability to speak Spanish prove invaluable in tracking Rodney to Mexico. The parole officer, the recovering junkie, and the near-blind ex-cop take a trip south of the border, where things get moderately exciting -- this is not an action film, mind you -- and the mysteries begin to unravel.

Being independent means having no one to rein you in, and Sayles' tales can get a little rambly. Go for Sisters certainly doesn't use all of its 123 minutes wisely. Sometimes you get the sense that an intriguing "Chinatown"-style detective story is going to emerge, but Sayles proves to be less interested in that sort of thing than in the homey relationship between Fontayne and Bernice. Tighter scripting and a more focused storytelling approach would have helped. Even as it stands, though, the film is a compelling, unassuming little morsel worth checking out.

Do you feel this content is inappropriate or infringes upon your rights? Click here to report it, or see our DMCA policy.
go for sistersjohn saylesSXSW 2013