RUB ONE OUT With Drugs, A Dead Hooker And A Hammer! 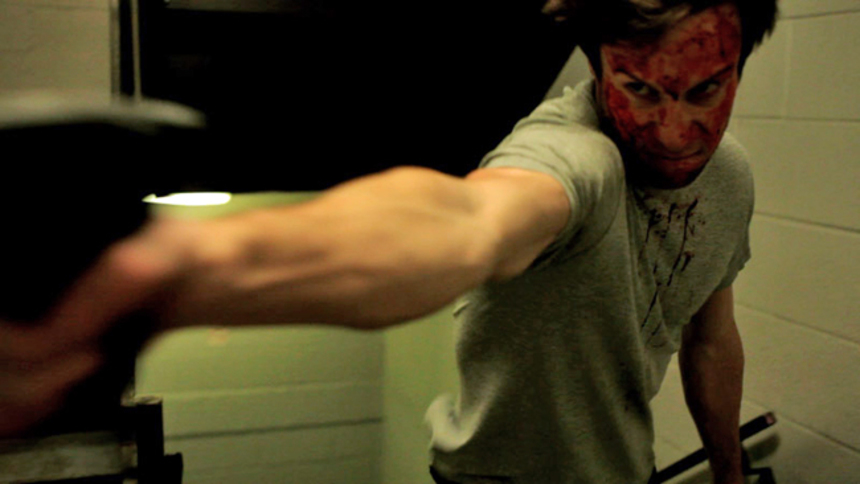 Coming later this year is the web series Rub One Out from local Toronto lad Justin McConnell, director of The Collapsed and Skull World (set to have its World Premiere at the Canadian Film Fest on March 22nd here in Toronto).

Unstable Ground begins development on RUB ONE OUT web series

Toronto, ON - Development has begun on the dark-comedy/thriller web series Rub One Out, with a 'proof of concept' trailer newly available online. The series, based loosely on an original concept by the late Kevin Hutchinson (co-creator of The Eternal and The Collapsed), will be written & produced by Justin McConnell (The Eternal, The Collapsed, Eviction), Joseph Nanni (Black Goat, It Got Out, The Necronomicon, A Day Without Cancer), and Adam Kenneth Wilson (actor from 24 Hour Rental, Manson, The Eternal). Co-executive producing will be the prolific Avi Federgreen (Still Mine, One Week, High Life). Production is slated for late 2013.

"A pot-loving loser has way too many problems to deal with in one night: he may have accidentally killed a prostitute, has called on his absent-minded dealer and tag-along girlfriend to help cover it up, and seems to have put them all into the cross-hairs of a vicious serial killer. Hitting the road, on the run from the police, the killer, and their own stupidity, can they survive the night? A thrilling dark comedy that plays out like the bizarre love-child of 'Pineapple Express', 'After Hours', 'Very Bad Things' and 'Dexter'."

You will find the proof of concept trailer below. And while McConnell and company work out the bugs we anticipate some more hammer-cam action later this year.

Do you feel this content is inappropriate or infringes upon your rights? Click here to report it, or see our DMCA policy.
canadajustin mcconnellrub one outweb series