Review: Beyond the Spectre of HBO's PHIL SPECTOR 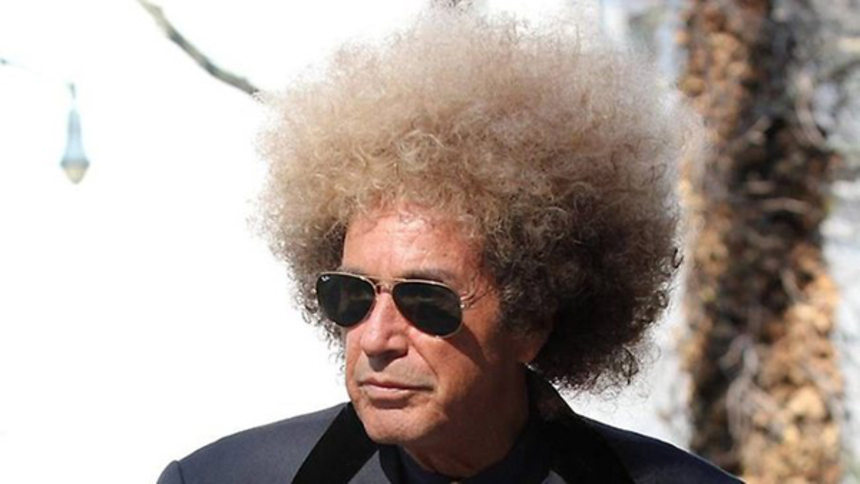 All the ingredients are there - a salacious crime and trial that captivated tabloids, centered around a man that has had the name genius about him for half a century. A quirky, charismatic dwarven weirdo that helped shape the sounds of a generation, caught up in a sordid celebrity case that L.A. is ground zero for.

Take a story of this style, and put it into the hands of David Mamet, with production by Tom Fontana and Barry Levinson, two men that set the groundwork for the renaissance of modern television drama with their Homicide: Life On The Streets and Oz. Hire Al Pacino to play the titular lead, give a juicy part to Dame Hellen Mirren, and surround them with delicious character actors like Jeffery Tambor, Chiwetel Ejiofor, and James "I was 'Stinger' in Top Gun" Tolkan. Add a sprinkle of wall-of-sound music, and let percolate, you should have a masterpiece.

Alas, it all falls a little flat. From a production standpoint, it's a handsome event indeed. Spector's house is made to look positively macabre, and the intricacies of dialogue and legal maneuvering are portrayed effectively. The big issues raised by the trial are effectively poked at, but not done with any particular bite.

The title card is perhaps the most ridiculous I've seen - "This is a work of fiction. It's not 'based on a true story.' It is a drama inspired by actual persons in a trial, but it is neither an attempt to depict the actual persons, nor to comment upon the trial or its outcome." The film of course then goes on to do the very same, clearly drawing upon both the elements of the trial as well as other elements, including recreating moments from 2011's fine documentary The Agony and Ecstacy of Phil Spector which I reviewed back in 2011.

If you already know about the trial and its outcome, there's still much to enjoy about the unfolding. Some of the more shocking moments are teased out a bit more than necessary, becoming a bit tedious if you know what's going to transpire, but for the most part it's a compelling, even memorable take on this kind of courtroom drama.

Mamet's certainly no stranger to defying convention, and he gives his performers plenty of space to strut their stuff. Flourishes of performance are matched by a restless camera makes for something well worth watching. Yet when it's all over, and the simple title card tells the uninitiated what transpired, it seems all a bit for naught.

Still, it's something worth checking out to be sure. With television becoming a sanctuary for this type of drama with an ever shrinking opportunity for theatrical distribution of such works, it does show what can be done even in feature length form (as opposed to the 12+ hour mega series we usually associate with the likes of HBO).

It's one of those shows that's sure to take a few nods at awards time, and I'll not begrudge the plaudits heaped atop such fine artists and performers. I just wish that the film could capture some of the magic that I was hoping for from such a dramatization, and really make one think even deeper about the supreme weirdness of the case's complexities and the remarkable individual at the heart of it.

Do you feel this content is inappropriate or infringes upon your rights? Click here to report it, or see our DMCA policy.
Al PacinoBarry LevinsonDavid MametHellen MirrenPhil SpectorTom Fontana