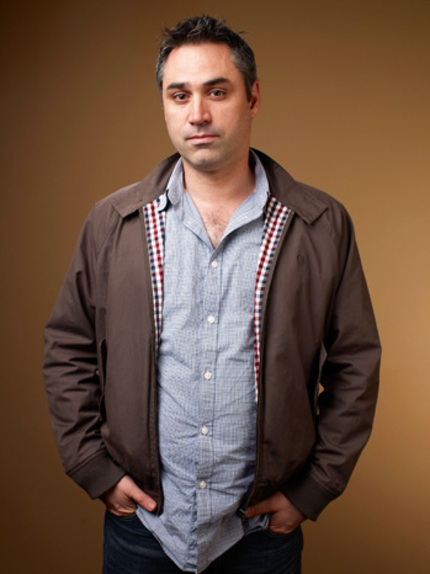 Alex Garland, screenwriter of 28 Days Later, Dredd and Never Let Me Go will be stepping into the directors chair for the first time for a sci-fi film based on his own script called Ex-Machina. The intriguing plot "centers on a billionaire programmer who handpicks a young employee to spend a week at his remote estate and participate in a test involving his latest invention: an artificially intelligent female robot." Apparently the film is scheduled to shoot in Summer of Fall, so hopefully it will be completed before artificially intelligent female robots are actually invented.

On that front though, it looks like Garland probably has some time. The latest major news in artificial intelligence came with Obama's annoucement that he's planning a decade-long scientific study to build a comprehensive map of the activities of the human brain. Of course this is being touted as an effort to combat Alzheimer's and similar diseases, but according to the New York Times, this project also "holds the potential of paving the way for advances in artificial intelligence." So there you have it. Garland and anyone else with a script about artificial intelligence have at least another ten years or so before reality and actual science beat them to the punch.
Tweet Post Submit

Do you feel this content is inappropriate or infringes upon your rights? Click here to report it, or see our DMCA policy.
Alex GarlandArtificial IntelligenceEx Machina