Opening: LOST IN THAILAND Searches For Audience In U.S. 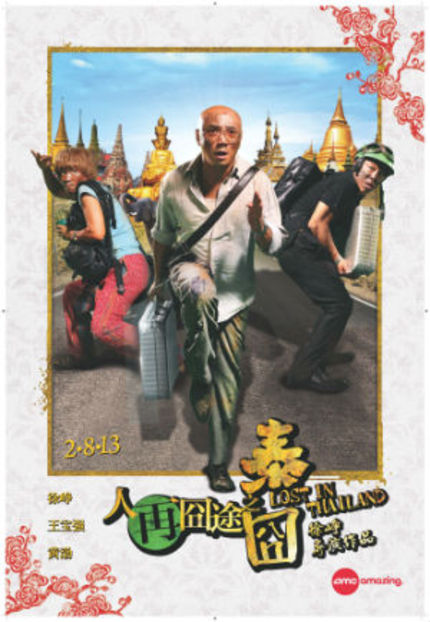 China's record-smashing Lost in Thailand opens in limited release in the United States tomorrow, February 8, searching for an audience that may respond to a comic road trip that "talks about the struggles of the middle class and the grassroots, their happiness or sorrow."

That description comes from Zhou Tiedong, president of China Film Promotion International, in an interview with The Hollywood Reporter last month. ScreenAnarchy's Asian Editor, James Marsh, saw the film in Hong Kong last week, and had a muted reaction, concluding:


"Lost in Thailand makes an exciting case for Chinese film financiers to not shy away from contemporary themes and break away from martial arts dramas and period epics. Clearly, local audiences are ready for something more relevant. That said, if China ever wants to become more than another Bollywood, and make films that really do rival Hollywood in their universal appeal, they need to try a little harder than this."

(You can the entire review right here.)

The U.S. release comes courtesy of AMC Theatres. Lost in Thailand will open in Atlanta, Boston, Chicago, Dallas, Deptford (New Jersey), Houston, Los Angeles, Miami, New York, San Diego, San Francisco, and Seattle. If you live in or near one of those cities, you can visit AMC's site to find theater locations and showtimes.

Do you feel this content is inappropriate or infringes upon your rights? Click here to report it, or see our DMCA policy.
Xu ZhengZheng XuDing DingHuan ShuBaoqiang WangBo HuangHong TaoAdventureComedyDrama

More about Lost In Thailand

please add a link to a site if your mentioning it, I can't find the showings via amc. it just makes your article lazy

If you look under "More from Around the Web," you'll see a link marked "AMC Theatres." Here it is again: http://www.amctheatres.com/mov...