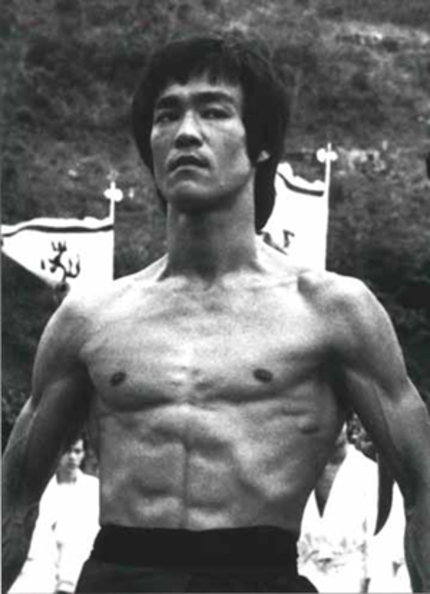 Because the true story of Bruce Lee is not sufficiently action-packed to satisfy audiences in the 21st Century, his real life will be revised for an upcoming movie about his origin as an international legend.

That's not exactly what the story in The Hollywood Reporter says, but I'm not sure how else to read it. To be titled Birth of the Dragon, the film purports to be inspired by a real-life duel between Bruce Lee and martial arts teacher Wong Jack Man that took place in Oakland, California in 1964. (I'm not an expert, but a quick search indicates that the details of the fight itself, held in private, are in dispute, with each man telling a different story.) Rather improbably, the new film will have them then team up "to battle a band of Chinatown gangsters."

Christopher Wilkinson and Stephen Rivele will write the screenplay. They previously cooked up some historical revisionism for Oliver Stone's Nixon and Michael Mann's Ali, and also wrote the upcoming Mercury, about Freddie Mercury, the lead singer for Queen.

Lee's life story has been filmed multiple times already, and long before Quentin Tarantino rewrote history, movies have played fast and loose with the facts, so inventing scenarios to return Lee to the big screen could be taken as a tribute. (?!) The film is being produced by QED International and Groundswell Productions, so as it moves forward, it will be fascinating to see who is cast in the lead roles and, of course, who might want to direct such a project.