Within 24 hours the whole of the film world will have their sights locked onto Park City, Utah. I hope you've been reading my pal Ryland's coverage of Sundance, 'cause he knows what's up. As for me, my eyes will be squared in on the happenings taking place down the street at Treasure Mountain Inn, home of the Slamdance Film Festival. Whether you're in town for the festival, or just want to be ahead of the curve for the year ahead, here are seven narrative features and three documentaries (some I have seen, and some I haven't) playing Slamdance, that have, thus far, caught my eye as interesting flicks to watch out for. I hope I'm right...Gulp. Keep your eyes peeled to these pages in the coming week for news, reviews and interviews from Slamdance 2013. And for even more you can follow me on Twitter @BenUmstead 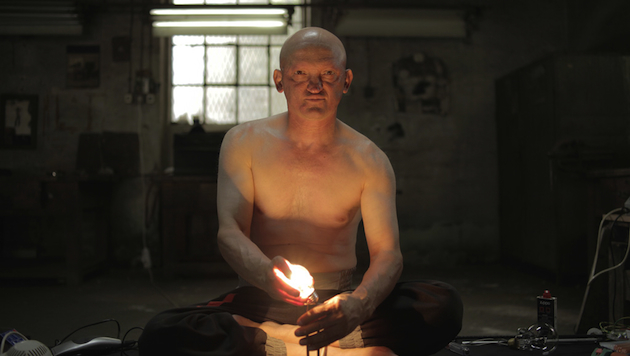 BATTERY MAN
Co-directors Dusan Saponja and Dusan Cavic chronicle the adventures of Battery Man, aka the Electric Biba, aka Electricity's Only Friend, or when at home with his wife and son, just Biba Struja. Able to consciously conduct electrical currents through his body, Biba travels across the land as a teacher and healer; question is, how authentic is this real-life superman? Battery Man has its U.S. premiere in the Documentary Feature Competition. 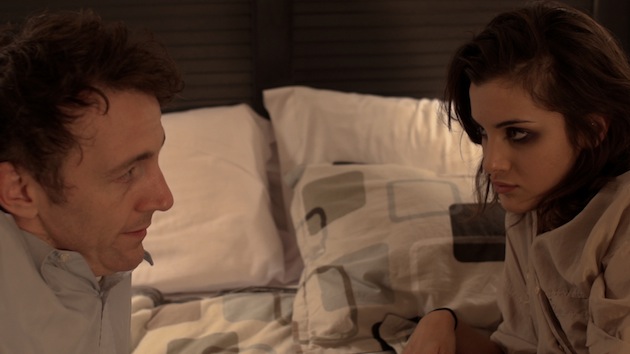 DIAMOND ON VINYL
A SoCal Noir with a 21st century Femme Fatale in Sonja Kinski, J.R. Hughto's second feature delves into the intricate life of an audiophile (Brian McGuire) and his obsessive need to make the world seem right by recording the lives of 'normal' people around him. Hughto's film tracks the conspiracies of the self and of the other to startling, often murky depths. Kinski and McGuire play off of each other's vulnerabilities with crackling force. Diamond On Vinyl premieres in the fest's Beyond program, which spotlights second-time directors. 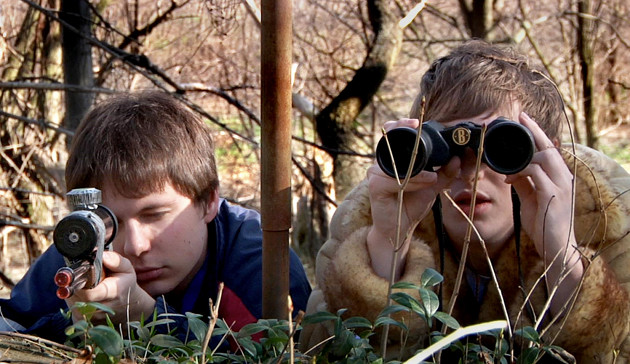 THE DIRTIES
If the trailer is any indication, Matt Johnson's feature debut is gonna be an attention-grabber anywhere it goes this year. Johnson co-stars with Owen Williams as a couple of high school film geeks who become the target of bullies, which they dub the Dirties. The boys deal with their tormenters the only way they know how: by making a fantasy revenge film. Things take a disturbing turn when one of the boys can't distinguish real life from the fantasy world.  Chaos Reigns? Looks like it. The Dirties premieres in the Narrative Feature Competition. 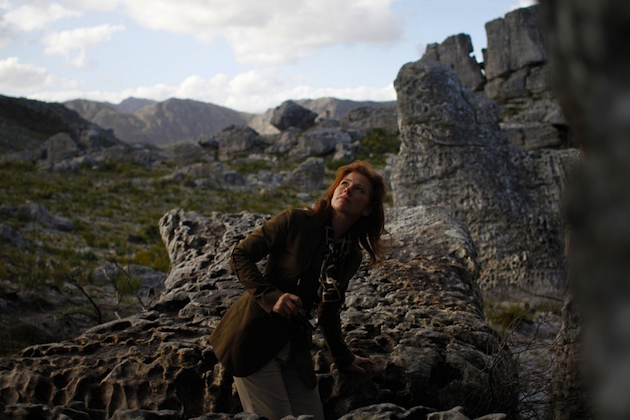 FYNBOS
Harry Patramanis's minimalist mystery is named after a plant that sprouts up on a narrow swatch of South Africa's Western Cape, where the film takes place. Judging from the just-released trailer and stills I've seen I'm sensing touches of Antonioni and Peter Weir (and perhaps more recently, German director Christoph Hochhäusler) in its enigmatic tone and existential themes, which range from humans vs. the natural world, classism and identity. Fynbos has its North American premiere in the Narrative Feature Competition. 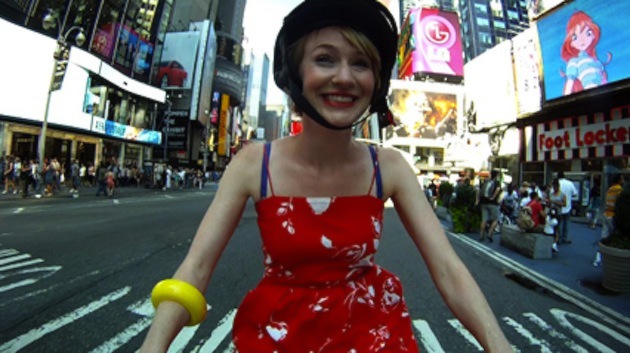 HE'S WAY MORE FAMOUS THAN YOU
If you're like me than you've probably been wondering where Halley Feiffer has been since her delightfully awkward supporting turn in Noah Baumbach's The Squid And The Whale. Well if you're also a fan of off-Broadway theater then you'd know that she's been keeping rather busy as a thesp and playwright, also making her Broadway debut last spring in The House Of Blue Leaves with Ben Stiller. Premiering in the Narrative Feature Competition, her collaboration with Ryan Spahn and actor-turned director Michael Urie is looking to be a wildly biting comedy about the perils and pratfalls one must endure on the slippery slope to fame. Oh, and is that Ralph Macchio I see in the cast? 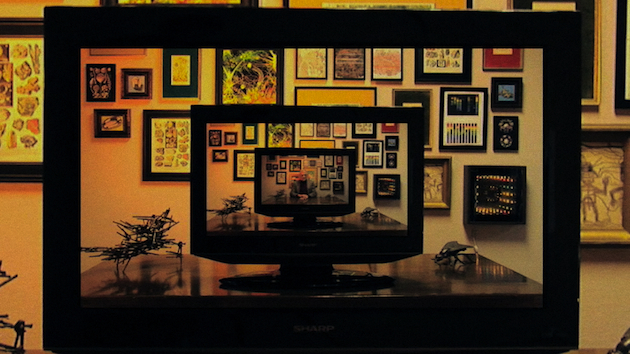 THE INSTITUTE
What if someone took the existential/metaphysical mystery storyline of a TV show like Lost or a video game like Myst and brought that into an Amazing Race-style game in real life? Well they have. Spencer McCall documents the lives of a group of alternate reality game players as they traverse across the Bay Area on a fantastic adventure to uncover the secrets of the Jejune Institute. 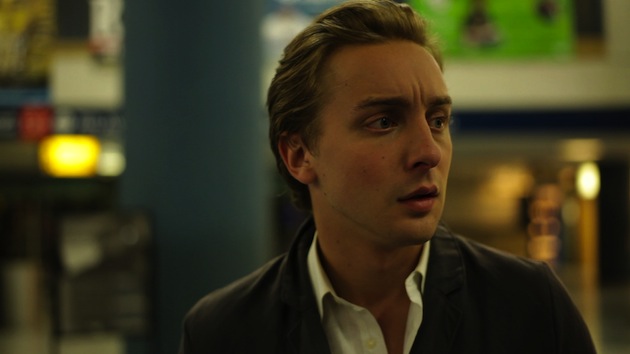 JOY DE V.
Premiering in the Narrative Feature Competition, and with a supporting role from the legendary Claudia Cardinale, this New York neo-noir follows a small-time con artist as he searches for his missing -- and pregnant -- wife. The film's director Nadia Szold has been making quite the name for herself in the theater world for nigh on a decade as a director and producer of very unusual and visually daring productions (she's used an abandoned boathouse and orphanage as stages). Considering that, plus the gloriously expressionistic teaser trailer, color me very psyched for this one.

JUG FACE
Chad Crawford Kinkle's feature debut is a grim and perceptive inversion of classic horror tropes, namely how the role of cultish backwoods communities play in the genre. Kinkle focuses in on a teenage girl (The Woman's Lauren Ashly Carter) who lives in a small southern community that worships an all-healing, all-knowing Pit, that every once and awhile requires a human sacrifice. The title refers to the moonshine jugs that the community's possessed potter makes with the face of The Pit's next victim sculpted on it. Winner of Slamdance's 2011 Screenwriting competition, Jug Face plays as a Special Screening at this year's fest.

MUSGO
A family drama with a thriller's heart. Shot on a DSLR with a budget of 3,500 Euros and in seven days, Gambi Orbegoso's film is, if nothing else, a stunner to look at (trailer right here). Musgo premieres in the Beyond program at the fest. 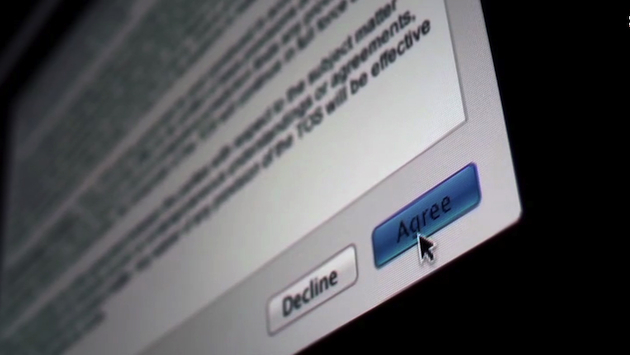 TERMS AND CONDITIONS MAY APPLY
Privacy policies and terms of service in the digital age can be a tricky turn to take. When downloading a new version of iTunes or singing up for a new social networking site most of us blindly click "I Agree" without reading the fine print. Cullen Hoback's documentary takes an in-depth look at what is actually written within those massive blocks of text, what it all means and how it can shape nearly every aspect of our lives. Is privacy dead? If so, Terms And Conditions looks to be a timely and thorough autopsy.

So, that's a start. My full coverage of Slamdance 2013, including reviews and interviews, starts on Friday, the 18th. Buckle up.

Do you feel this content is inappropriate or infringes upon your rights? Click here to report it, or see our DMCA policy.
diamond on vinylfynbosjug facemusgoslamdanceterms and conditionsthe dirties