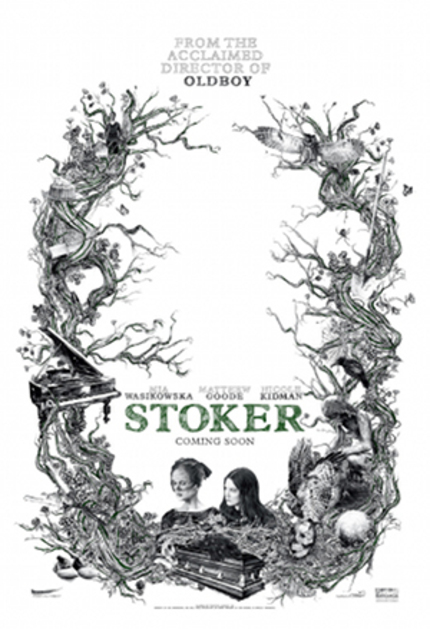 Oldboy director Park Chan-wook premiered his English language debut - Stoker - yesterday at the Sundance Film Festival. The film seems to be polarizing audiences in Park City - read Ryland Aldrich's very positive first impression of the film here - and I imagine this latest trailer will do the same, thanks to an aggressively frantic editing style.

After India's (Wasikowska's) father dies in an auto accident, her Uncle Charlie (Goode), who she never knew existed, comes to live with her and her emotionally unstable mother Evelyn (Kidman). Soon after his arrival, she comes to suspect this mysterious, charming man has ulterior motives, but instead of feeling outrage or horror, this friendless girl becomes increasingly infatuated with him.

Do you feel this content is inappropriate or infringes upon your rights? Click here to report it, or see our DMCA policy.
Mia WasikowskaNicole Kidmanoldboypark chan-wookstokerSundance 2013Chan-wook ParkWentworth MillerDavid AlfordMatthew GoodeDramaThriller