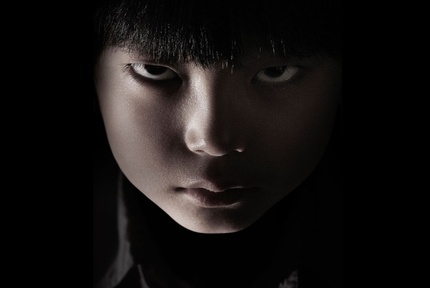 The International Film Festival Rotterdam is no longer the go-to event in The Netherlands when it concerns genre films from Asia. When the IFFR abolished its "Rotterdammerung" section, that honor went to the IMAGINE festival in Amsterdam and Camera Japan in Rotterdam. Still, each year the IFFR manages to get at least a few anticipated genre titles in its line-up, and this year it is no different.

Case in point: last Sunday, Rotterdam had the world premiere of the J-horror title The Complex, attended by its director Nakata Hideo. And while the film may not be the classic that his The Ring was, Nakata once again shows he knows what makes the genre tick.

Young student nurse Asuka and her family move into their new home. Everything seems fine, but the neighbors refuse to meet her and at night Asuka is awakened by scratching and bumping noises coming from the apartment next door. Worried by stories she hears at school about elderly people who die of neglect, Asuka takes a look once she notices the door of her neighbors is ajar. In the apartment she discovers the corpse of an old man, who seemed to be trying to claw his way through the wall into her room...

Soon after the police have taken the body away, Asuka seems to be targeted by a supernatural force, and she starts believing the rumors about The Complex being haunted. The plot thickens when she returns home from school one day, only to discover her family has disappeared... 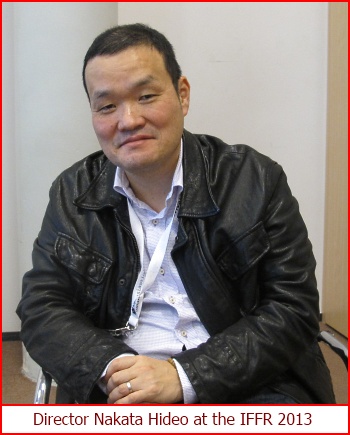 In Dutch, the word "complex" signifies "a big apartment block" but can also mean "mental syndrome." Both interpretations would be accurate, as the threats in this film come from both the supernatural and the psychiatric side. However, the original Japanese title Kuroyuri Danchi clearly means an apartment complex, the kind which is very popular in Tokyo suburbs. But when written in Japanese kanji, the title resembles the name of a black lily: a flower which symbolizes jealousy and curses. And indeed, a few seconds into the film, we see the camera zooming in on these same flowers while Kawai Kenji's ominous music plays. Clearly, this does not bode well for our heroine Asuka.

A few minutes later we get our first totally unearned jump-scare. Thankfully it is also the last one, as I hate these things. Not because they frighten me, but because they are moronic. Any idiot can startle me by suddenly yelling in my face, as this requires neither skill nor talent. So hats off to Mister Nakata for setting his bar somewhat higher than that, aiming for his film to get under your skin.

The Complex continues as a typical example of J-horror, slowly dialing up the tension until it is time to shock its public with a story-reveal or two. Mood and terror are the weapons of choice here, not gore and monsters. Because of this, the better J-horror films tend to have characters with some depth. In The Complex, this allows Nakata Hideo to also say a thing or two about urban loneliness and survivor's guilt.

It helps that the acting is more than adequate here. Asuka is played by Maeda Atsuko, more famous for being the singer of a famous Idol group than for being an actress, but she holds her own in this film.

At the very end The Complex becomes effects-driven rather than story-driven, which is a shame, as it diminishes some of the momentum that has been built up to that point. That part also looks a bit silly. It doesn't destroy the film, but it does make it end up on a slightly lower level.
And that, basically, is all I can easily divulge without giving away huge spoilers.

Nakata Hideo's The Complex has a very creepy first half, a thrilling second half, and a good beginning of its finale, but shoots itself in the foot with some silly effects that deflate much of the tension. Still, The Complex is the best genre film Nakata has made in years. If you are fed up with J-horror after the many, many Ringu-clones, this one will not change your mind. But if you still enjoy the occasional, better J-horrors, this one certainly belongs among them.

Recommended for fans, and the audience at the IFFR awarded the film a 3.4 out of 5.
Tweet Post Submit