First Look At THE MUPPETS ... AGAIN!

There's no sign of Ricky Gervais [Check that, a shot featuring Gervais has also turned up. See below.] or any of the other human players but Entertainment Weekly has the first shot from the upcoming The Muppets ... Again and there are plenty of your felt covered favorites to be found.

Due for release in March 2014, EW describes the plot like this:

The Muppets...Again! ... finds the Muppet repertory company enjoying a triumphant world tour, only to become tangled up with a criminal mastermind named Constantine, who is out to steal an enormous diamond--and who happens to be a dead ringer for Kermit. 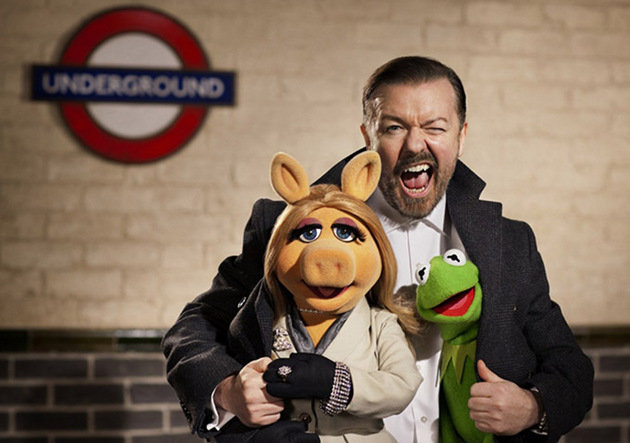 Do you feel this content is inappropriate or infringes upon your rights? Click here to report it, or see our DMCA policy.
james bobinmuppetsricky gervaistina feyty burrell