COMBUSTION: A Sexed Up Spanish Spin On THE FAST AND THE FURIOUS 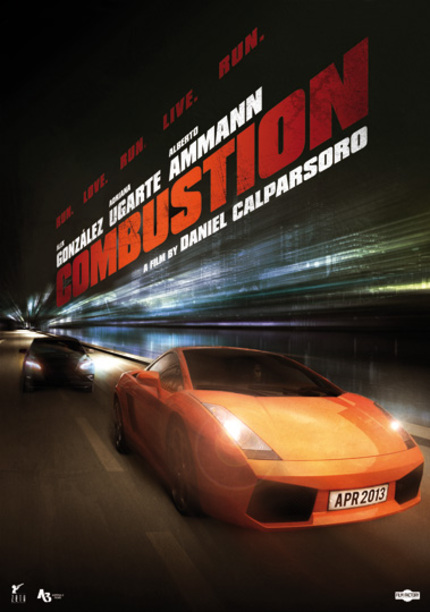 Manly men, fast cars and equally fast women. It's a formula played to great success in The Fast And The Furious franchise and it would seem that Spain is now (belatedly) getting in on the act with director Daniel Calparsoro's Combustion.

At the party to announce his engagement to Julia, a jewelry store heiress, Mikel meets the captivating catering waitress Ari. He tries to keep his ill-timed infatuation in check, but fate throws them together and Mikel experiences the most passionate night of his life. Hooked on Ari, he gets sucked into her fascinating world of illegal car races. By the time he realizes he is mixed up in an elaborate plan designed by Ari and her dangerous boyfriend to rob Julia's multi-million euro business, there's no turning back. Mikel is in love with Ari... and he'll be forced to make the most difficult decision of his life and lead the assault on his ex-fiance's jewelry store.

The first trailer for Combustion has arrived online and it's slick, polished stuff. It's also very definitely not safe for workplace viewing. Check it below.