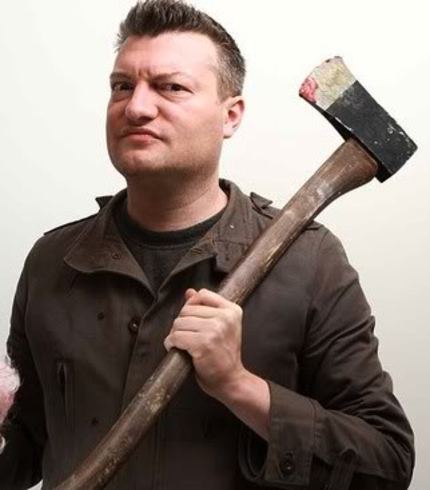 Though scarcely known outside of the UK, critic turned writer-director Charlie Brooker is considered something of a giant within certain circles in the UK. As a writer he made his splash early, the enormously controversial Pedophilia episode of Chris Morris' brilliant investigative journalism send up Brass Eye standing as his second formal credit. The collaboration with Morris would later continue with Brooker penning a great deal of Morris' television series Nathan Barley, a show that was considered relatively minor at the time but seems weirdly prescient now.

Brooker's dominant field is media satire and while that generally falls into relatively straightforward formats he has increasingly been plying his trade in more genre friendly, narratively driven packages. His 2008 show Dead Set put a zombified spin on the reality TV craze and put him somewhat more on the international map in the process. And then there was 2011 miniseries Black Mirror.

A three episode miniseries with each installment featuring a totally unique story riffing on some aspect of our omnipresent media culture, Black Mirror won the International Emmy for Best TV Movie / Miniseries and - in my opinion - is responsible for the absolute finest single hour of television produced in 2011 (and most other years you may care to name) with the absolutely astounding third episode, The Entire History Of You. Given that the first episode, in which the British prime minister is blackmailed into fucking a pig on live television in entirely plausible fashion, easily stood as the year's best hour of television untilt hat third episode aired ... well, you get the picture. The first series is out on DVD now and you really should buy it.

Anyway. All of this is a very long winded way of saying that a second series of Black Mirror is now in the works and should air soon on the UK's Channel 4. No pig fucking this time but there are detailed synopses available here promising more of Brooker's unique take on information technology and how it affects the human soul. Voyeurism, social media and politics all loom large with a cast that includes Hayley Atwell, Domnhall Gleeson, Jason Flemyng and more.

Do you feel this content is inappropriate or infringes upon your rights? Click here to report it, or see our DMCA policy.
black mirrorcharlie brookerchris morrisjason flemyng