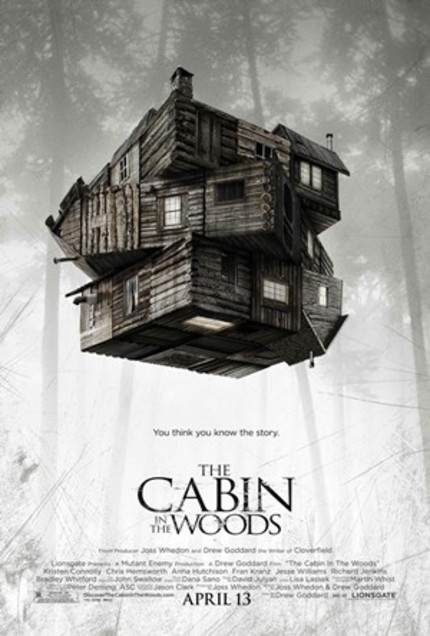 As we close out another year, let's take some time to look back over the past 12 months in horror cinema. You're already here. You may as well just scan the damn lists, right? As always, please keep in mind that I have a rather liberal definition of what qualifies as a horror film, but that's only because I'm a super genius.

Thanks to all the filmmakers who keep serving our beloved genre, thanks to my ScreenAnarchy editors Todd and Peter (and my excellent FEARnet editors as well), and big thanks to the folks at UK Frightfest, Fantasia, Toronto After Dark, L.A. Screamfest, SXSW, and Fantastic Fest for helping us see what the world has to offer the horror fans -- even before the distributors do.

(All links lead directly to my original review of the film at hand.)

2. The Grey
There are plenty of jolts, but they never feel contrived or cheap. The quiet pacing and peaceful setting lulls audiences to craft the biggest scares from the unlikeliest moments. Just as the story starts to trudge a bit too deep, dipping into ruminations of life and its meaning, along come the hungry wolves, roaring and snarling on the attack to bring pulses back up to speed.

4. Compliance
Were Compliance pure fiction, the halfway point of the film would represent a huge problem: we'd never believe that "normal" people could sink so low, and so quickly. This is an incendiary movie made for and by smart people.

5. ParaNorman
Darkly beautiful and charmingly misshapen, ParaNorman comes from the team who brought us The Corpse Bride and Coraline, and their latest effort complements those other films remarkably well. Laika Entertainment seems intent on delving into the section of the youthful brain that finds forgotten creatures and wounded monsters so damn interesting. ParaNorman is their best film so far.

6. The Innkeepers
Sort of an homage to Roman Polanski with a dash of The Shining and a pinch of various other flicks. And while Ti West is still clearly painting with nostalgic brushes, The Innkeepers marks his most original and novel flick to date.

7. Bedevilled
For all its casual cruelty and frequent bloodletting, Bedevilled is actually a rather heartbreaking tale about loyalty, empathy, and our innate need for a little bit of simple kindness from another human being. That a first-time director is behind such a multi-faceted, unflinching, and fascinating horror film is a good reason to take note of Bedevilled.

8. The Loved Ones
A slick, quick, and surprisingly intense little anti-love story, The Loved Ones is easily one of the coolest Aussie offerings of the past several years.

9. V/H/S
If the idea of several grass-roots filmmakers getting together to jam on five (and a half) low-budget, high-creativity campfire tales sounds like fun to you, I'm betting you'll dig V/H/S a whole lot.

10. Sinister
Impressive in its restraint at its quieter moments, and powerfully disturbing at its nastiest, Sinister is a framework that's old, a concept that's new, and a darkly entertaining terror tale on the whole. Hawke's strong performance sells the "otherworldly" material as a strong counterweight 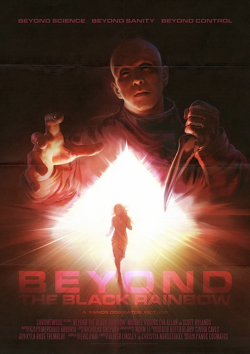 12. The Woman in Black
Bolstered by an ominous Marco Beltrami score and almost single-mindedly obsessed on remaining an old-style ghost chiller amidst a horror landscape that doesn't seem all that interested in such movies, The Woman in Black is an admirable horror movie indeed.

13. The Bay
Punctuated by a dark sense of humor, a handful of strong performances from actors who have a tough job (all things considered), and an obvious but clearly angry message about the ways in which we're poisoning our own planet, The Bay is "modern" in presentation, old-school in attitude, and rather well-crafted throughout.

14. Lovely Molly
Yes, Lovely Molly is a true slow-burn horror flick, but it's never a basic or boring one. The first hour does deliver a lot of quiet character moments, but Sanchez keeps offering several hints of the horrors to come -- and since Act III is packing some seriously satisfying moments, you'll probably end up grateful for those few extra moments of character development.

15. Chained
When Ms. Lynch sticks to the morality play -- does prolonged exposure to evil make you evil? -- Chained works, and although he could probably play an effective lunatic in his sleep, Mr. D'Onofrio does a fine job of articulating his character's own logic, sick and twisted as it may be.

16. Excision
It's the take-no-prisoners enthusiasm with which Bates leaps into his suburban nightmare that makes it so interesting, and it's Ms. McCord's consistently unhinged performance that makes Excision so much offbeat, creepy, challenging fun.

17. Sleep Tight
I somehow neglected to review this creepy little Spanish stalker story when it played at Fantastic Fest 2011, but it's coming out on DVD next month so be sure to keep an eye out.

18. Absentia
A very strong piece of independent genre filmmaking: a melancholy tale of loss that's only peripherally a horror flick, but a good one all the same

19. Citadel
Employs simple and effective horror tropes in service of a film that has something a little bit angry to say about crime in low-income neighborhoods, but says it in a frank and starkly entertaining fashion. 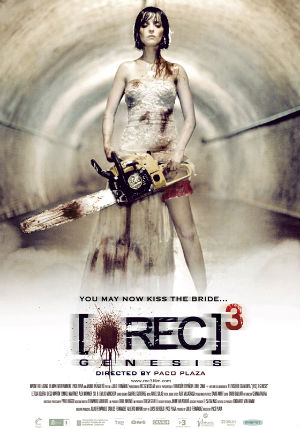 20. [REC] 3: Genesis
Earns high marks for delivering something old and something new, and for allowing all of the components to take the same priority. Oh, and I'm also madly in love with the lead actress. You haven't lived until you've seen a gorgeous Spanish woman destroy devil zombies while wearing a bloody bridal gown with red thigh garter in full view.

21. Rites of Spring
While Rites of Spring may not transcend its disparate collection of horror and suspense tropes, it earns big points for simply combining old components into something relatively fresh. It's quick, it's creepy, and it's more diverting than half of what passes for "wide release" horror these days.

22. The Collection
So while a bit of the novelty found in The Collector has, of course, worn off by the time we arrive at Part 2, the simple truth is that The Collection is mostly a ferociously over-the-top hoot of a horror movie.

23. The Awakening
Would probably be worth watching just for Ms. Hall's performance, but fortunately it's just a concise little old-school British ghost story, and I say there's always room for a few more of those.

24. The Corridor
May borrow themes and ideas from a handful of disparate sources, but in the end it all comes together with care and craftsmanship, and the result is one of the coolest Canadian chillers in years.

Abraham Lincoln: Vampire Hunter -- for getting a weird tone right.
Asylum Blackout -- for having the best title of the year.
The Aggression Scale -- for doing Home Alone with real violence.
Baby Shower -- for being bat-shit insane.
The Chernobyl Diaries -- for an unsettling setting.
The Day -- for being a lot like The Divide but more interesting.
The Devil's Carnival -- for giving Repo! fans another dose of madness.
Donner Pass -- for simply doing low-budget horror well.
Entrance -- for making a very slow burn worth the wait.
Exit Humanity -- for combining Westerns, zombies, and comic book-style animation.
Frankenweenie -- for staying true to the spirit of the lovely short film.
The Good Doctor -- for letting Orlando Bloom be quietly creepy.
Hell -- for being better than most of producer Roland Emmerich's directorial efforts.
Hotel Transylvania -- for being a lot more energetic and amusing than I expected.
In Their Skin -- for finding a clever new slant on "home invasion."
Madison County -- for enthusiasm and affection for the classic slashers.
Outpost: Black Sun -- for taking "Nazi zombie soldiers" seriously.
The Pack -- for being this year's unpredictable French splatter-fest.
The Pact -- for expanding a short into a feature to fine effect.
Prometheus -- for some of the monster stuff in Act III.
The Raven -- for pure inspired weirdness.
Retreat -- for keeping a viewer guessing.
Silent House -- for being a decent remake and for Elizabeth Olsen's pretty face.
Silent Night -- for improving on the sleazy original while still being pretty sleazy.
The Tall Man -- for Jessica Biel, some twists, and for not being anything like the director's first film.

Aftershock, American Mary, Antiviral, Cockneys vs. Zombies, Come Out and Play, Errors of the Human Body, Grabbers, Maniac, Remnants, Resolution, Sawney: Flesh of Man, The Seasoning House, Tower Block, and probably a few others I can't think of right now. (Note: if you want to see this stuff early, go to a film festival or two!)

Do you feel this content is inappropriate or infringes upon your rights? Click here to report it, or see our DMCA policy.
best of 2012horrorthe cabin in the woods