2INKER 2AILOR? Sequel in the Works for SOLDIER SPY film 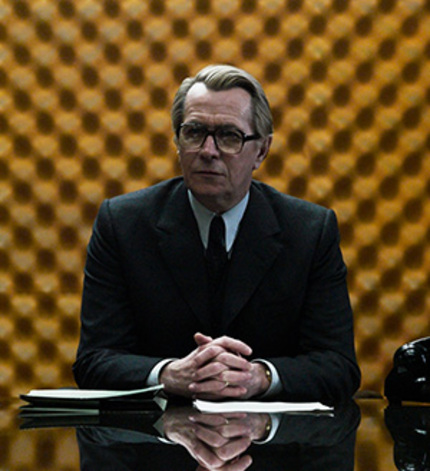 A year ago almost to the day, I posted my first article on ScreenAnarchy, a gushing review of Thomas Alfredson's Tinker Tailor Soldier Spy. The film proved to be my favourite of 2011, joining the likes of Children of Men and Syriana as films from the last decade or so that I think are far less appreciated than they should be.

Despite my admonition that it's didn't receive quite the number of plaudits I thought it deserved, the Gary Oldman-starrer made enough coin for its producers, and Alfredson and co. had a good enough time with the project, that there's long been rumblings of another round of le Carré goodness coming from the ensemble.

Collider is now pointing to an interview with producer Eric Fellner, who states unequivocally that a sequel is "in development", and that producer Tim Bevan, screenwriter Peter Straughan and director Alfredson are "putting it together as we speak"

The obvious candidate for a sequel is the Smiley's People story line, but there are several other works in that storyline that could be amalgamated to create an entirely new work.

I for one can't wait - the beautiful, quiet nature of the film, a character piece told more through posture and micro facial movements than any lines of dialogue, is an exercise in both beauty and precision. If they can capture the same beautiful balance between genre and art film, then consider me the first on board with this idea.

Do you feel this content is inappropriate or infringes upon your rights? Click here to report it, or see our DMCA policy.
espionageGary OldmansequelspyThomas Alfredsontinker tailor soldier spy