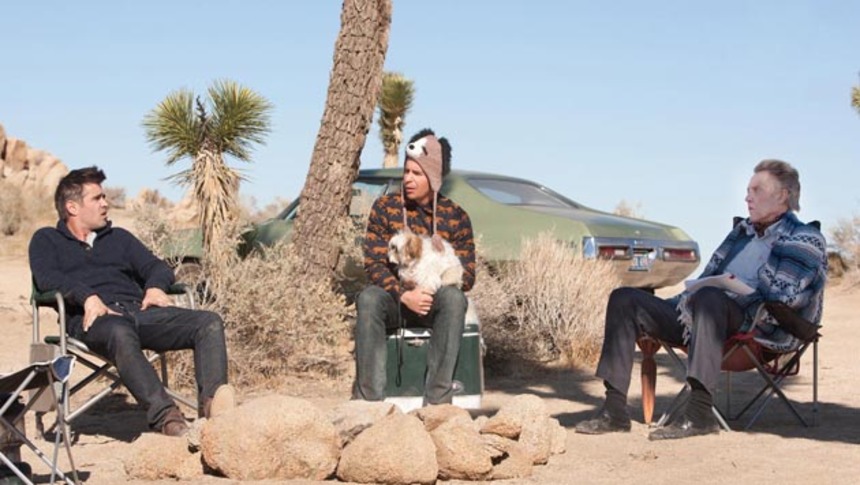 During this year's Toronto International Film Festival, ScreenAnarchy had a chance to sit down with the stars and director of the upcoming Seven Psychopaths. Here are some of the highlights:

ScreenAnarchy: Seven Psychopaths was a big hit with the midnight crowd at TIFF. How was it to sit and watch?

ScreenAnarchy: Any particular challenges in playing a character who is a psychopath? 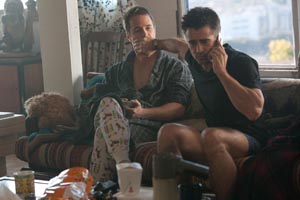 Christopher Walken: I wouldn't know how to play a psychopath. I don't think about it that way. You think about playing a scene. But if other people say "oh that guy's crazy" then you are. I don't really do anything bad. I'm a used-to-be psychopath... a retired psychopath.

ScreenAnarchy: So are you surprised when you watch yourself? Do you say, oh that's who I am?

Walken: Always. I've never made a movie that I haven't been surprised when I've seen. Not necessarily always a good surprise, but always a surprise. I've done a lot of things that I cringe when I watch and some things I'm proud of.

ScreenAnarchy: Any idea what causes those different reactions?

Walken: A lot of it has to do with the director. I remember, I was going to go make Catch Me If You Can and I got in an elevator with Ben Kingsley and he said to me, "What are you up to?" And I said, "I'm going to work with your friend Steven Spielberg." And he said, "You're in very good hands." I didn't know Spielberg, but when I made the movie, I thought, that's absolutely right. You're in very good hands. There are people like Mike Nichols where you kind of know, if you miss the mark, then it will probably not be in the movie. That's very reassuring. There were movies I made where I thought I was going to be good but then the way they cut it together, I wasn't. But there are certain directors that you know that you're going to be good or you're not going to be there. And I'd rather not be there.

ScreenAnarchy: And how about working with Martin McDonagh? 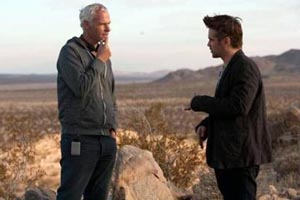 Rockwell: He's got a great temperament. He's really bright and he's got a dark sense of humor. He's a nice person. He's got a good bedside manner which is a very good thing for a director to have, because some don't.

Colin Ferrell: Martin makes sure it's a very safe environment for him and that he's not crowded creatively.

ScreenAnarchy: A lot of the humor in the film comes from a crassness or political incorrectness. Is that in line with your sense of humor?

Ferrell: I've been both the victim and purveyor of Irish jokes. But there is no meanness. In his own way, there is a kindness. You know, when I went to America, I was terrified that when I went back to Ireland, people would say I changed. But the thing is, you should change! You should change as human beings. But we somehow ascribe the notion of change to being a bad thing; to feeling like you've forgotten the essential parts or you think you're better than the place you left. So I think early on I'd be like "Fuck this, fuck that, fuck fuck fuck" trying to hold on to my Irishness. To be grounded.

McDonagh: I kind of like playing with jokes that are really stupid and that are higher level. There's a shih tzu joke that was just ridiculous and I wrote it and thought, this is so stupid. 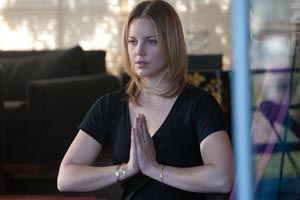 ScreenAnarchy: How about the Kaya character? There are quite a few brutal remarks thrown her way.

Rockwell: Originally that character was Asian. So there was a lot of derogatory Asian dialog. So when they cast Abbie Cornish, we were hard pressed because we had to come up Australian jokes. So we were trying Crocodile Dundee jokes. You have to try to find a way to be a racist in a funny way.

ScreenAnarchy: Martin do you get a reaction from your family or friends for your work being too crass?

McDonagh: It happens from my brother... for the work being too good.

ScreenAnarchy: You produced THE GUARD correct? Any more plans for you two to work together?

McDonagh: With John? No. No no no no. We tried to a bit but we completely failed. Were both arrogant dicks, so we could never...

ScreenAnarchy: Mr. Walken, you are such an icon in your profession. I'm curious what actors you look up to. 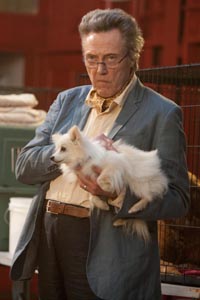 Walken: When I was a kid I looked up to Brando. I met him once. He was at a table and didn't say anything. He was doodling on cocktail napkins. But then One day, I was in Halifax making a movie in the middle of nowhere and the phone rang. A woman said, "Are you going to be there for the next ten minutes? Mr. Brando would like to speak to you." And I said, "Yeah, sure." I thought someone was fooling me. But then the phone rang and the second he spoke, it was obviously him. This was back in the 90s when people were putting cameras in their houses and streaming out to the internet. He said, "You made a movie called Pennies From Heaven and I'm trying to get in touch with the chorographer." And I said, "Yes, I know him. He's a friend of mine." I asked him what he was doing and he said, "I'm going to do a musical variety show from my house." He said, "I play the piano, you know, and I dance." He said he was going to have guests and said he lost a lot of weight. We talked for quite a while. Later I found out he was a big phone guy. He really liked to talk on the phone. Anyway, I got in touch with the choreographer and I gave him the phone number and I talked to him a few months later and asked, "Did Brando call you?" He said no. I have a feeling that Brando would get up in the morning and have an idea: I'm going to do a musical revue from my house. And he'd get right on it. But then probably a day later he'd forget about it.

ScreenAnarchy: One final question, Mr. Farrell, how do you feel about TOTAL RECALL?

Farrell: I didn't really read the reviews, so I believe I did great (laughs). But at the same time, I identify less with the work than I used to, so I didn't go into a deep dark place like I have in the past. Alexander really killed me. That was a very tough experience for me to go through emotionally and psychologically.

McDonagh: But even when something doesn't go over big the first time, you never know, in 20 years it could be seen as a masterpiece.

Farrell: God, jeeze! I'd hate to have to wait for that!