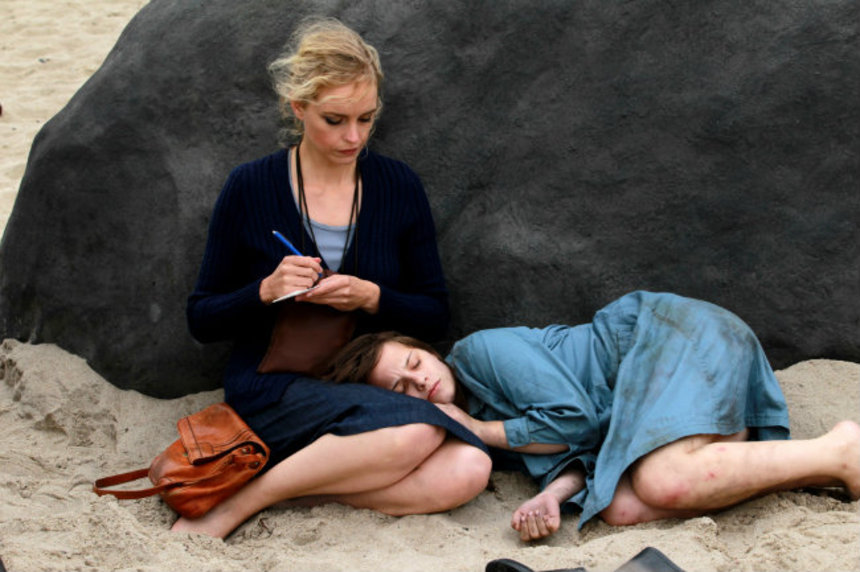 As a leading figure of Berliner Schule, director Christian Petzold has been portraying 'lost' people in both literal and metaphorical sense: desperate souls cornered into making tough and sometimes wrong decisions brought on by economic hardships in the post-global recession era. In his new film Barbara, even though the setting is East Germany and the year is 1980, that portrayal of characters in (im)mobile state fits well and works superbly here.

Barbara (Nina Hoss) is a city doctor who gets banished to the country as a punishment when she applies for her exit visa to go west. In her new environment, she is under constant surveillance by secret police and subjected to inspections and body cavity searches routinely. Deeply distrustful about her new neighbors and colleagues, she tries to keep a distance and concentrate on what she is good at - taking care of patients, all the while planning her escape to the west with her wealthy West German lover.

A young, good-natured fellow doctor Andre (Ronald Zehrfeld) slowly wins her trust with his talent and sincerity. It turns out that he shares a similar history. Andre uses Rembrandt's painting The Anatomy Lesson of Dr. Tulp as an analogy for what it's like to be living under communist regime in the 1980s: you want to divert the attention of the spectators (or in this case, of nosy government officials) to obtain a little bit of relief/freedom in a rigid society. And this applies to Barbara's situation as well. There is a mutual attraction growing.

Things get a little more complicated when Stella, a teen runaway from a labor camp with meningitis is admitted to the hospital. She immediately latches on to Barbara. The official policy is to send her back to the camp as soon as she is well. Later Stella confides in Barbara that she is pregnant. Going back to the camp undoubtedly means an end to her unborn child. As the planned escape date approaches, Barbara's personal ethics and morality are being challenged.

Barbara is the fifth collaboration of Hoss and Petzold. As it is revealed at the skype Q & A session after the press screening, the role was written specifically for Hoss. And she is mesmerizing in it. She gives the character a quiet resolve and strength. While the film ends with Barbara facing uncertain future, unlike Petzold's other films, it ends on a hopeful note. Deeply moving and humanistic, Barbara concentrates on the small heroism of one person rather than looking accusingly at a failed ideology.


Dustin Chang is a freelance Writer, his musings and opinions on the world can be found at www.dustinchang.com

Do you feel this content is inappropriate or infringes upon your rights? Click here to report it, or see our DMCA policy.
Berlin SchoolChristian PetzoldEast GermanyNina Hossthe 80s