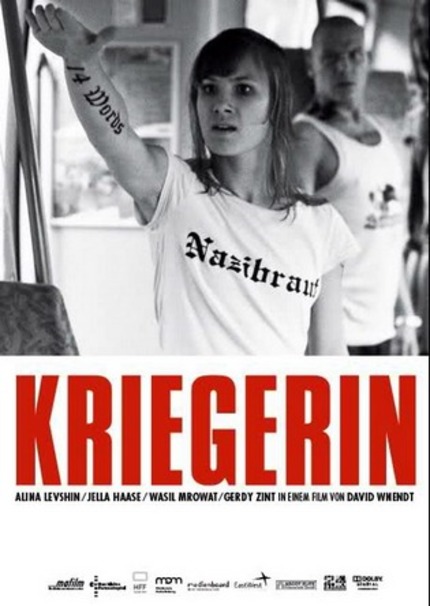 I was lucky to be born half brown.

I was just the kind of angry kid that would probably have fallen in with the wrong kind of people had I been born all white.

Product of a broken home. Too smart for my own good. Forced to grow up too fast. Grasping for some kind of connection.

It is people like me who end up being bamboozled by white supremacist Svengalis who promise a bond with brothers who'll never leave you and a purpose in life. The pattern of indoctrination into white supremacist hate groups is so predictable that it's almost funny. A wealthy man with a chip on his shoulder recruits a bunch of poor, troubled youths to do his dirty work for him. These kids are high school dropouts, come from single parent households, work shit jobs for shit money, and see nothing but shit in their future, that is, until he promises them glory. It's not the ideals of these hate groups that draws in these thugs and backwards intellectuals, it's the promise that they can be a part of something, however false that promise is in reality.

Over the last 15 years there have been two high profile films about white supremacists that have made big impacts in a tiny film world. The first was Tony Kaye's American History X, the story of a neo-Nazi, played by an incredibly buff Edward Norton, and his younger brother, played by Edward Furlong, and their journey from hate to redemption and back again. The second was Shane Meadows' harrowing This is England, different country, same old story; this time a young boy is drawn into the skinhead culture of early '80s England before the National Fronters took over; he is quickly siphoned off into the racist, violent fringe. Both films are very powerful, and the origins of the hate in both films can be traced back to the story I related above. A wealthy white man seeks a way to gain control and finds his wish fulfilled in the angst of a hundred angry kids.

The story in David Wnendt's Combat Girls follows much the same path, except that in this case the protagonists are women and the setting is Germany, which actually complicates things a lot more than you might think. While most of the world has forgiven Germany as a nation for the crimes committed in its name during the Second World War, the Germans seem to be quite intent on ensuring that it never happens again, with good reason. So, while hate groups in the US and England are protected by free speech laws as long as they are not violent, any invocation of Nazi symbols or propaganda is outlawed in Germany, lest they should dredge up the past. This makes those Germans who long for the days of Der Fuhrer even more marginalized in the Fatherland than they are in other places around the world. What better way to say fuck you to one's parents than to join the most anti-establishment groups possible?

Combat Girls takes a look at a mostly unrepresented minority within this sub-subculture, the female contingent. In previous films about the Neo-Nazi movement, especially the two mentioned above, the women have very little to do apart from being sex toys for the Aryan men or sitting back and giggling about how silly they all are. You get the feeling that they are just in it for the cute skirts and funky haircuts, but no women of substance are shown. Alina Levshin as Marisa is not that girl. She sports the Nazi tattoos, she jumps into the beat-downs and the casual harassment of any "auslanders" she meets, and she seeks to intimidate by her very presence, in spite of her slight physique. Far from the cute eye-candy that her male counterparts are looking for, Marisa is a tough broad who seeks respect through intimidation, and finds it from another girl looking to make a move away from her oppressive family, Svenja.

When Svenja, only 15 years of age, joins this crew of hooligans, she feels as though she's found a place where she can be. In her restless search for meaning, she finds a welcoming group of (mostly) men who don't challenge her intellectually, don't push her to better herself, and, best of all, don't tell her what to do. Yet. Svenja is living in a dream that she doesn't realize is actually a nightmare, and she won't, of course, until it's too late.

When Marisa, in a fit of rage, lights out after a pair of Afghan immigrants and hits them with her car, she gets herself into more trouble than she knows how to handle. One of them disappears, apparently dead, and the other seeks her out at the grocery store at which she works and blackmails her into allowing him to steal some food. As he keeps popping up in her life at the oddest moments, an unlikely but inevitable connection forms, and Marisa finds herself in the midst of true enlightenment, not the bullshit with which she'd filled her brain in order to fit in. Of course, the film isn't quite that simple; it's never as easy to leave a hate group as it is to join, and the road ahead is treacherous.

To make a list of things that Combat Girls does well would be an intimidating task. Between all of the Nazi imagery, there are a lot of chances for the characters to breathe and for their stories to be told. You see the breakdown of the families, you see the alienation between daughter and mother or daughter and stepfather, you see the realizations that these girls mean less to their chosen partners than they think, and you see how it stings. Every moment in the film where these Nazis are congregated, we are given more and more evidence of just how crude they are. The atonal, simplistic hate rock playing in a car stereo, the senseless destruction of a crash pad during a Nazi party, the ridiculous combat drills in the middle of nowhere to prepare for a war that will never come. It all serves as a way to see these people through eyes that are gradually clearing, Marisa's eyes, and her evolution is right there in front of you.

As an adolescent, I was impelled toward a destructive lifestyle. Fortunately, rather than becoming a cartoon of a punk rocker, I became an intellectual, kind of. I still believe in all of those things that I did when I was 15. I still hate the way the government treats me, I still question authority and have an irrational aversion to cops, I still like my music loud, fast, and angry, but at the end of the day, I'm also a father, a teacher, a writer, and a human. You lose all of those things when you commit yourself to a life of hatred and antagonism. You can't be for anything if you're too busy being against everything. That's the lesson that Marisa learns, and it's one that everyone needs to hear once in a while.

Do you feel this content is inappropriate or infringes upon your rights? Click here to report it, or see our DMCA policy.
David WnendtAlina LevshinJella HaaseSayed AhmadGerdy ZintDrama