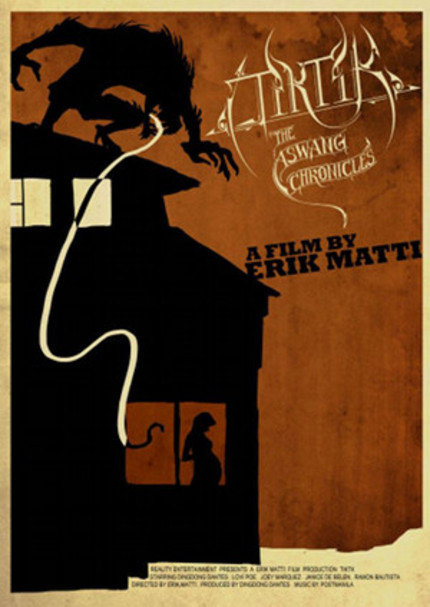 Veteran Filipino director Erik Matti (Gagamboy, Pa-Siyam, Exodus) makes a welcome return to the genre fare where he first made his name with the upcoming Tiktik: The Aswang Chronicles.

An action-horror film with some comedy elements, Tiktik was shot entirely in a green screen studio with Matti and his partners launching their own post production house to bring their vision of local folklore to the big screen in a way that could live up to their standards.

For the unfamiliar an aswang is a type of creature from Filipino folklore, a beast that can look very nearly human but loves to feed on human entrails and - even better - babies. One of these coming after your unborn child would be bad enough. Matti's story pits a human family against an entire village of the monsters.

We ran the first teaser for this a while back and that has now been followed by a full trailer. Check it below.
Tweet Post Submit

Do you feel this content is inappropriate or infringes upon your rights? Click here to report it, or see our DMCA policy.
Erik MattiRonald Stephen MonteverdeDingdong DantesJoey MarquezLovi PoeJanice de BelenActionComedyHorror

More about Tiktik: The Aswang Chronicles