But Is There Urine? First Trailer For Lee Daniels' THE PAPERBOY. 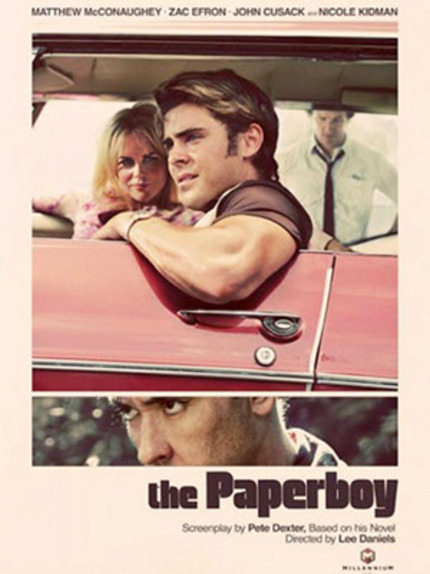 Forever destined to be known as the film in which Nicole Kidman (literally) urinates in Zac Efron's face, the first trailer has arrived online for Lee Daniel's deep south crime drama The Paperboy. Based on the novel by Pete Dexter the Cannes selected film stars Efron and Matthew McConaughey as a pair of newspaper reporters trying to free Kidman's fiance (John Cusack) from prison, where he is being held for killing the local sheriff.

A directionless young man helps his reporter brother investigate the possible wrongful conviction of a man on death row, and in the process, falls for the woman whom the convict has been romancing through prison correspondence.

More about The Paperboy