ABOUT FACE: SUPERMODELS THEN AND NOW Director Timothy Greenfield-Sanders on the Business of Beauty

During this year's Hot Docs film festival in Toronto, I had the chance to speak with director/photographer Timothy Greenfield-Sanders about About Face: Supermodels Then and Now, a documentary that captures much more than the one-dimensional portraits of iconic supermodels whose familiar visages have been splashed across magazines, billboards, and catalogs for decades.

His casual and easy demeanor with women like Cheryl Tiegs, Beverly Johnson, Isabella Rossellini, China Machado, Christy Turlington and Carol Alt encourages a frank level of anecdotal dialogue that occasionally manages to go beyond the easy-breezy world of fashion and into the more sinister aspects behind the business of beauty. It's fascinating, entertaining, and more than a little enlightening to hear the insight offered from industry veterans on topics like racism, drugs, exploitation, plastic surgery, dieting, and of course - fame. 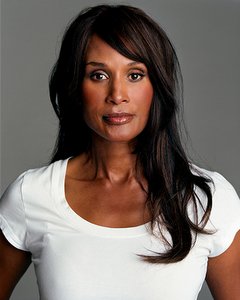 As utterly magnetic as these women are to watch, they are just as delightful to listen to. Greenfield-Sanders doesn't break any new ground here, but the film does provide moments of wisdom, candor and honesty about what it means to be beautiful from a select few who have made careers out of it; their critical perspective doing far more for female empowerment than any fashion editorial ever could.

ScreenAnarchy: This is an extraordinarily good looking film. Were there post-production touch-ups required for any of the ladies?

No, not at all. [Laughs] Color balance and color correcting, but nothing else.

Hearing the various different opinions on plastic surgery from women renowned for their beauty was, for me, the most central and compelling aspect.

I think it's very interesting to hear what beautiful women have to say about the subject of plastic surgery. You would imagine that they'd be comfortable with being so beautiful, and that they're not should say something to you. Jerry Hall's done nothing, and she looks gorgeous this way. Isabella [Rossellini] has a very good point, and that is that society sets up standards that are impossible to meet, and that you can't possibly look that beautiful, ever.

Personally, I'm totally against plastic surgery. But I think it's a personal choice. Some people feel so much pressure to look beautiful all the time; your identity is so tied in to looks that you might do it. And today, it's so easy. It's like Photoshop.

It's one thing being [octogenarian] Carmen Dell'Orrefice's age and deciding to, as she puts it, "fix the ceiling" and it's another thing to live in a world where a beautiful, Oscar-winning starlet is going in to get the bridge of her nose shaved...

Would Cheryl Tiegs be a supermodel today? 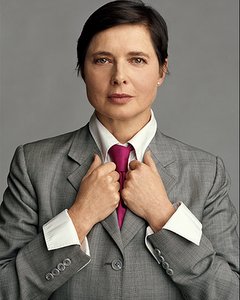 She wouldn't. Cheryl Tiegs would not be a supermodel today.

But you know, you look at what Christy Turlington said, "I admire other people's noses or their skin, but I don't want it for me, I appreciate it in them." And China [Machado] says, "You can do this to your face and that, but you take all that is you away from there you're left with 'not you' as a person." I hope people get that message; it's a difficult fight when for $500 you can go and get something done. It's so easy today.

In your line of work you deal with a lot of beautiful women, some of whom have had work done and others who haven't. Certainly, there's a difference between "fixing the ceiling" with something temporary like Botox and going for an all-out renovation. Any thoughts for those women contemplating a change?

Well, that's what plastic surgery was pioneered for. On another note, I really appreciated the moment when a Vogue editor [Jade Hobson] admitted a level of responsibility for some of the more "negative" impacts of her editorial decisions. Why is the fashion industry as a whole so loathe to acknowledge the correlation between imagery and the effects it can have on women?

Because of the money involved, and they don't want to feel like what they're doing is wrong.

I think Jade Hobson is very honest there, saying, "We were taking advantage of these girls who were on drugs and we knew it, and we wanted these emaciated, skinny bodies because it made the clothes look better." I think it's disgusting, and you need people to say that.

I thought a lot about the point Isabella Rossellini made in the film about the social similarities and implications between extreme corsetry or Chinese foot binding and our society's current obsession with plastic surgery.

Yeah, that was a great line.

We are simultaneously experiencing a movement towards idealized physical conformity, and yet on the other side of that you have something like what happened with Ashley Judd, who was so cruelly and publicly criticized for her appearance. We've become so body critical, so snarky. What's going on there?

I guess part of that is that you don't want someone who is rich and famous to have everything, that you want to see them put down in some way. As Americans we love to build people up and then tear them down. It's probably our problem as Americans.

Did you have a favorite interview subject to deal with? 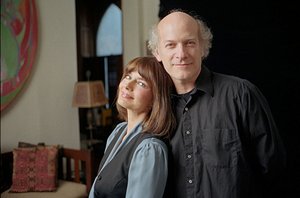 I can't answer that because then the other women will kill me!

Each woman is remarkable in this film and I wish I had more time with some of them. I would have made the film longer. I think they're smart and insightful and they've learned a lot from their experiences, which have been brutal in some cases.

What makes a good model?

I'm not a fashion photographer but I am a photographer. The truth is, there are certain faces the camera loves. You can't make that with plastic surgery. If you have that, you're going to be a great model.

Even someone like Jenna Jameson: When I met her, she came in and she hadn't done her makeup and I thought, "What's the big deal?" And then she got dressed up, or down I guess, put her makeup on and got in front of the camera and my breath was taken away. She was so gorgeous!

The lens just envelops certain people a certain way, they just have that. Those people become stars, absolutely. It's a certain weird-shaped face that the camera loves in some way. I mean look at Paulina [Porizkova], look at that face! There's a certain symmetry there. You're born with it, I really think so.

About Face: Supermodels Then and Now is currently screening on HBO.