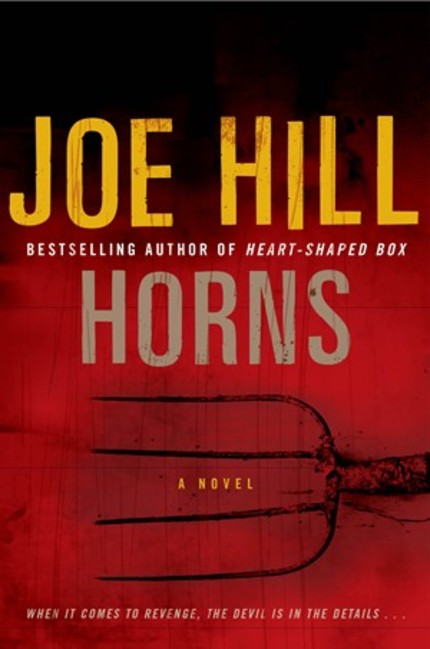 Alex Aja has found a leading man for his adaptation of Joe Hill's Horns, with word coming out of Comic-Con that Daniel Radcliffe will play the role of Ig Perrish.

Merrin Williams is dead, slaughtered under inexplicable circumstances, leaving her beloved boyfriend Ignatius Perrish as the only suspect. On the first anniversary of Merrin's murder, Ig spends the night drunk and doing awful things. When he wakes the next morning he has a thunderous hangover . . . and horns growing from his temples. Ig possesses a terrible new power to go with his terrible new look--a macabre gift he intends to use to find the monster who killed his lover. Being good and praying for the best got him nowhere. Now it's time for revenge . . .

Production on Horns is scheduled to begin in the fall so those waiting for Aja's long in the works take on anime series Cobra will have to wait a bit longer.
Tweet Post Submit