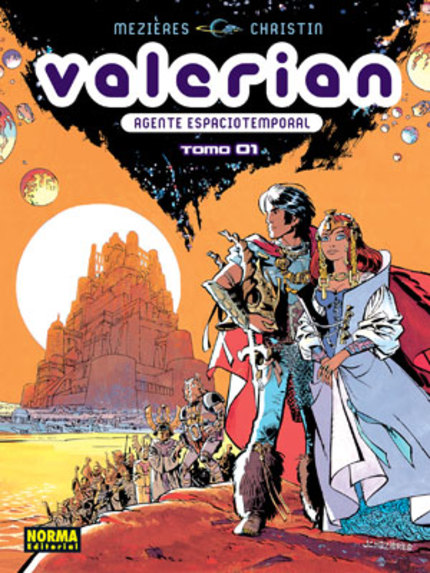 Luc Besson is a very busy man. This is almost always the case for the director of films such as Leon (The Professional) and producer of Taken but it seems especially so right now. Already attached to direct upcoming crime picture Malavita plus an untitled action picture with Angelina Jolie, Besson has just signed on to write and direct and English language adaptation of popular French comic series Valerian.

Created in 1967 by writer Pierre Christin and artist Jean-Claude Mezieres, Valerian follows the exploits of a stranded space-time police officer from the future and his companion from the past.

There is no time line on this one yet but this would represent Besson's return to large scale science fiction after The Fifth Element.
Tweet Post Submit

Do you feel this content is inappropriate or infringes upon your rights? Click here to report it, or see our DMCA policy.
Jamie QuantrillRon DelvesAmelia DouglasLynde DouglasShort