Two Clips From Walter Salles' ON THE ROAD 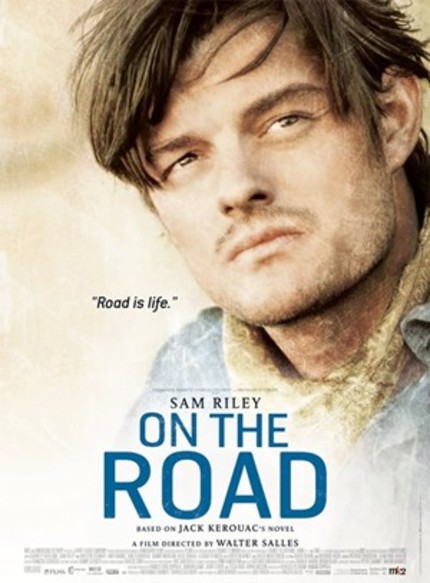 Walter Salles' adaptation of Jack Kerouac classic On The Road takes a bow in Cannes this year and US distributor IFC Films / Sundance Selects have just premiered a pair of clips to give audiences a first look at Sam Riley, Garrett Hedlund and Kristen Stewart as Sal Paradise and company.

"The only people for me are the mad ones, the ones who are mad to live, mad to talk, mad to be saved, desirous of everything at the same time, the ones that never yawn or say a commonplace thing, but burn, burn, burn . . ."
--- Sal Paradise

Directed by acclaimed filmmaker Walter Salles and based on the iconic novel by Jack Kerouac, ON THE ROAD tells the provocative story of Sal Paradise (Sam Riley), a young writer whose life is shaken and ultimately redefined by the arrival of Dean Moriarty (Garrett Hedlund), a free-spirited, fearless, fast talking Westerner and his girl, Marylou (Kristen Stewart).

Traveling cross-country, Sal and Dean venture out on a personal quest for freedom from the conformity and conservatism engulfing them in search of the unknown, themselves, and the pursuit of "it" -- the pure essence of experience.

ON THE ROAD will be an IFC Films and Sundance Selects major theatrical release for late Fall.

Take a look at the clips below.