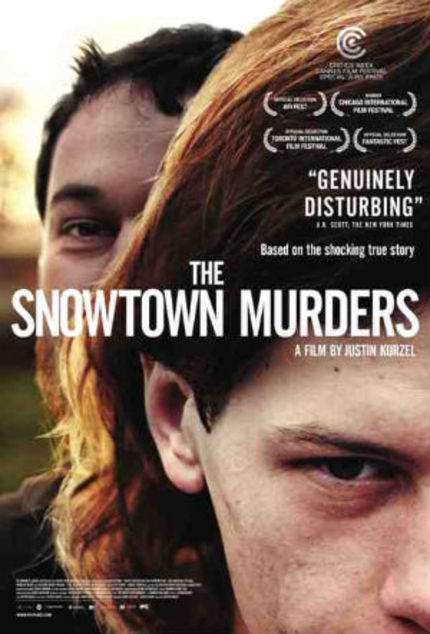 "That this film is based on true events makes it all the more terrifying and terrible to watch." -- Shelagh M. Rowan-Legg.

The Snowtown Murders is based on the real-life story of "the worst serial killing case in Australian history," as described by Australia's The Age. Originally titled Snowtown, Justin Kurzel's feature directorial debut made a deep impression on those who saw it at Cannes last year, then opened theatrically in Australia before making the rounds of international film festivals such as Toronto, Fantastic Fest, London, Pusan, AFI Fest, and Stockholm. It played theatrically in Europe in November and December, and now receives a limited theatrical release in the U.S., starting today.

Two of our contributing writers saw the film on its festival rounds and filed reviews based on their somewhat different perspectives. Alex Koehne saw it first at Fantastic Fest in Austin, Texas:

"Snowtown is an intense thriller/drama that chronicles the real life murder spree piloted by John Justin Bunting, Australia's most prolific serial killer to date. The film focuses on James Vlassakis, the son of a friend and possible lover of Bunting's. The impressionable teenager, who the film alleges was physically and sexually abused by both his family members and by his neighbors, looks up to Bunting as a father figure. When Bunting begins his crusade against pedophiles and homosexuals, the vulnerable Vlassakis gets swept up in quasi-ideologically driven hate crimes and finds himself playing a part in the unthinkable.

"Unfortunately for Snowtown, it will ever be compared to last year's remarkable film, Animal Kingdom. ... The only problem for Snowtown is that Animal Kingdom did it first and does it all better. ... That being said, all these complaints are nit-picky and minor. I very much enjoyed the film. Had I not seen Animal Kingdom so recently, this review would be absolutely glowing."

Shelagh M. Rowan-Legg, quoted at the top of the article, viewed the film at the London Film Festival a short time thereafter, and I'm quoting her lead in its entirety: 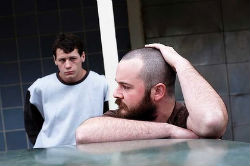 "Note to self: do not see films about killing and child abuse first thing in the morning. It will ruin your day. Which is to not to suggest that a film about such subjects is bad; far from it. When I left the screening of Snowtown the other morning, I immediately went and sat outside in bright sunshine and watched happy children playing for several minutes to regain my composure. Such was the raw power of the film, an intimate tale of one of Australia's worst serial killers and the effect he had on one particularly vulnerable teenager.

"That this film is based on true events makes it all the more terrifying and terrible to watch. While the film is about the seduction of the vulnerable, it is not seducing, which is the correct form such a story should take. I was amazed to discover that this is screenwriter and director Justin Kurzel's first feature film; he shows an incredible maturity and control over such sensitive and difficult material. It is an incredibly well-crafted, well-acted, and deeply affecting film."

The Snowtown Murders opens today in limited theatrical release in the U.S. It's also available via various Video On Demand platforms. Check the official site, linked below, for more information.