IFFR 2012 Review: WHEN THE LIGHTS WENT OUT 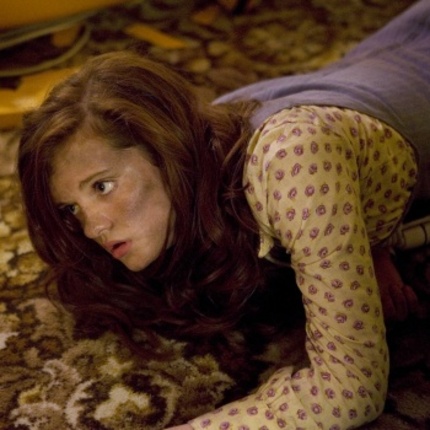 Hands up anyone who is surprised when a horror movie these days claims to be based on something that actually happened. For real.
It's a tired and tacky old marketing ploy, and has been commonplace for half a century already. Just imagine a film about a haunting advertising itself with the slogan "We made it all up but it is scarier than anything in real life!". To be honest I'd be interested just for the sheer audacity of that claim. If producers want to go all William Castle on me and put floating skeletons inside the cinemas than that's OK with me too.

"When the Lights Went Out" plays the authenticity card though, and plays it strong. Interestingly director Pat Holden gets points for going the extra mile here, telling people that this haunting happened to relatives of his and that one of the supporting characters in the film was, in the alleged real-life event, his mother.
Damn! Take THAT, cynicism.

So what we have here is a haunted house film, taking place in early seventies' Yorkshire which is at least an original setting. Does the film distinguish itself in other ways as well? And is it good, scary, both or neither? The International Film Festival Rotterdam this year had the world premiere of "When the Lights Went Out" and the audience received the film quite favorably.
Did I agree with them though? Read on!

It is 1974 and the Maynard family moves into what is supposed to become their dream home, somewhere in Yorkshire. Things look normal enough: Blue Collar working dad Len is happy with this investment, House-Proud mom Jenny is getting everything spick and span and Teenage Daughter Sally is miffed for having to move.

When things start to go bump in the night both parents are quick to blame Sally, especially since most of the weird events happen specifically around her. But the poltergeist attacks increase in severity and the Maynards realize that just smacking their daughter around (this is The North in the seventies after all) will not solve this problem... 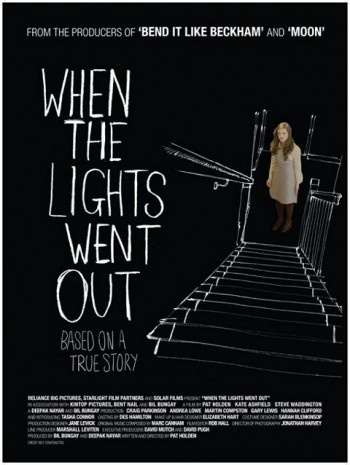 Whether or not you will like "When the Lights Went Out" will depend on your expectations going in. This is far from a perfect film but it does have its highlights, so it will deliver for some while totally failing others.

Let's start with the bad so I can end on a higher note: if you would make a spoof of a haunted house film, chances are you'd end up with most of the same scenes as seen here in "When the Lights Went Out". The haunting itself does not make a bad story but it holds nothing you haven't seen before and it cannot shake the feeling that the ghost is stereotypically following a checklist of genre favorites. Noises, sudden temperature drops, dead girl popping up occasionally in reflections or under the bedsheets... it will keep you awake and might give you the odd jolt or two but excitingly new it is not.

Having said that, I have to bear in mind that the story is a personal one for director Pat Holden so he probably didn't want to tinker too much with it. He grew up hearing about the haunting all the time by the people it happened to (including his mother, who was more than a bystander during some of the events apparently) so for him, it's not a matter of whether or not he believes in ghosts or not. During the Q&A he explained that it's a part of his background and that is the end of it.
Pat also told that he has no specific love for horror films and didn't specifically wanted to make one, but that he DID set out to tell this story one day as it was so close to him. The "true" nature of it may have hampered the writing process though because some of the embellishments and compressions seem clunky and obvious, with events oddly ordered, then disjointed again from each other. To cap it all there is a special effects finale which resembles Jan de Bont's awful remake of "The haunting" (albeit a bit more low-budget in scope). Like in that film, the ghost becomes less scary the longer you get a good view of it.

Ok, on to the good bits. To his credit, while much of the film is "ye olde ghost story" Pat Holden thankfully refrains from cramming it full of fake jump scares and loud violins. Rather, he focuses on domestic life in the seventies (the art direction on display is nothing short of stellar), the tensions existing within the Maynard family and the story surrounding Sally, the teenage daughter. Sally is played by Tasha Conner and she is a fantastic find. So is Hannah Clifford who plays the unpopular class mate living next door, who Sally reluctantly becomes best friends with. Both girls are newcomers without prior acting experience which makes their achievements here all the more praiseworthy, especially since Pat Holden puts both of them through the wringer a few times.

And there is an exorcism in the film which is incredibly entertaining, successfully juggling comic relief with some actual thrills. One of the better scenes of its kind, It is a highlight which easily eclipses the rather silly finale which follows it.
So the film as a whole is definitely worth a look, just don't expect to be blown away by it.

If you want to see a haunted house story, "When the Lights Went Out" hits the spot. The only trouble is that horror-wise, it hits only those spots which have almost gone numb from overuse within this sub-genre. The film redeems itself a lot though by its unique setting and very good acting, especially from the younger members of the cast.

Audiences in Rotterdam rated it a 3.9 out of 5, which is very respectable indeed. 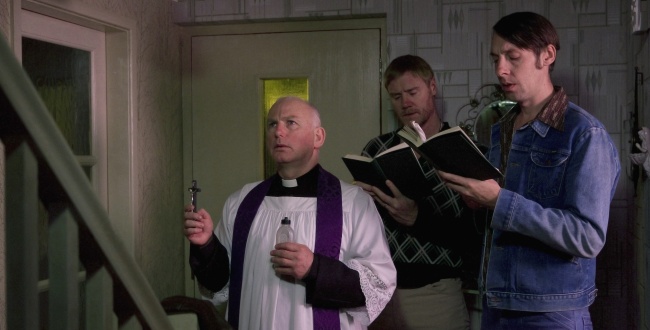