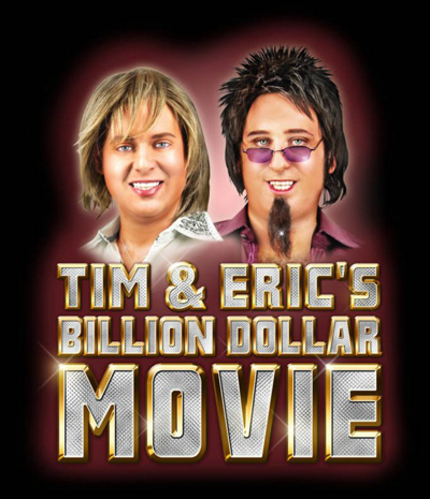 Fresh off their selection in the Park City At Midnight section of the Sundance Film Festival a new red band trailer has arrived for Tim And Eric's Billion Dollar Movie.

After two guys are given a billion dollars to make a movie, their Hollywood dreams run off course and they decide to rehabilitate a run-down shopping mall in an attempt to make the money back.

Best known for their work on Adult Swim, Tim Heidecker and Eric Wareheim are joined by a slew of guest stars on this one, including Jeff Goldblum, John C Reilly, Zach Galifianakis and more. Magnet will be rolling the film out on VOD and limited theatrical release shortly after Sundance.
Tweet Post Submit