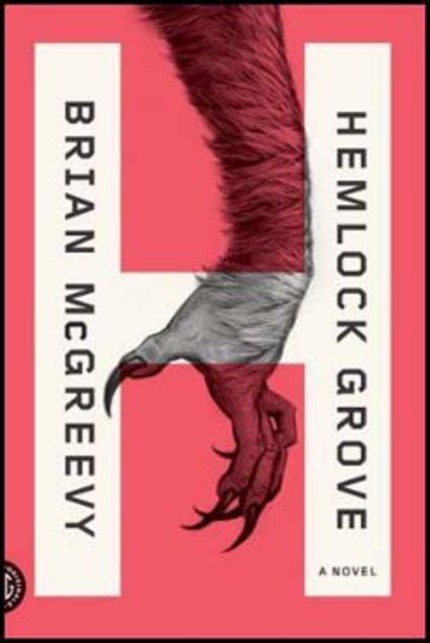 Netflix are turning to Eli Roth in their continuing quest to generate original content and rival traditional television.

Deadline are reporting that Netflix are closing a deal for a thirteen episode series order for Hemlock Grove, a new horror series based on the upcoming novel by Brian McGreevy to be executive produced and directed by Roth. Here's how Amazon describes the book:

A charismatic young writer reinvents the gothic novel, bringing a fresh energy to our darkest myths and deepest horrors in an expectation-defying tale of adolescent deception, ravenous violence, and rumors of werewolves

The body of a young girl is found mangled and murdered in the woods of Hemlock Grove, Pennsylvania, in the shadow of the abandoned Godfrey Steel mill. A manhunt ensues--though the authorities aren't sure if it's a man they should be looking for.

Some suspect an escapee from the White Tower, a foreboding biotech facility owned by the Godfrey family--their personal fortune and the local economy having moved on from Pittsburgh steel--where some suspect that biological experiments of the most unethical kind take place. Others turn to Peter Rumancek, a Gypsy trailer-trash kid who has told impressionable highschool classmates that he's a werewolf. Or perhaps it's Roman, the son of the late J. R. Godfrey, who rules the adolescent social scene with the casual arrogance of a cold-blooded aristocrat, his superior status unquestioned despite his decidedly freakish sister, Shelley, whose monstrous medical conditions belie a sweet intelligence, and his otherworldly, sexy control freak of a mother, Olivia. As the crime goes unsolved and the police seem more and more willing to believe any outlandish rumor, Peter and Roman decide the only way to save their own skins is to find the killer themselves. Along the way they uncover local secrets and designs that are much bigger than some small-town murder.

Hemlock Grove is an exhilarating reinvention of the gothic novel, inspired by the iconic characters of our greatest myths and nightmares. At once a riveting mystery and a fascinating revelation of the grotesque and the darkness in us all, Hemlock Grove has the architecture and energy to become a classic in its own right--and Brian McGreevy the talent and ambition to enthrall us for years to come.

This attempted transformation by Netflix - from content provider to content creator - has been an interesting one to watch and, honestly, it remains to be seen whether they'll be able to do it successfully. 2011 has been a horrible year for the company financially and they're already projecting losses for all of 2012 so clearly something in their model is simply not working. Is a high risk venture like original content the way to solve that? Time will tell.

Do you feel this content is inappropriate or infringes upon your rights? Click here to report it, or see our DMCA policy.
Brian McGreevyLee ShipmanFamke JanssenBill SkarsgårdLandon LiboironJoel de la FuenteHorrorMysteryThriller