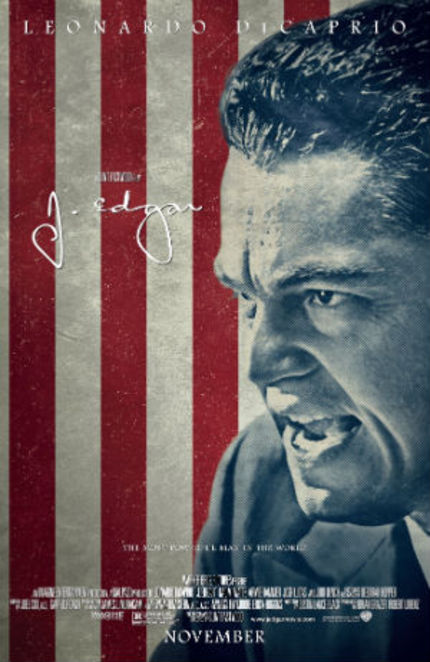 A sweet love affair is wrapped around the heart of Clint Eastwood's J. Edgar, buried beneath a thick slab of drably-presented historical fat. Carve out the relationship between Leonardo DiCaprio's J. Edgar Hoover and Armie Hammer's Clyde Tolson, and the basis for an appealing romance exists.

As presented in the film, based on a screenplay credited to Dustin Lance Black, Hoover's character is set in stone from the time he began working for the government as a young man. He is wholly dedicated to his job, which he sees as protecting the American people and the security of the nation from all threats, both foreign and domestic. In 1919, working under the direction and encouragement of Attorney General Mitchell Palmer (Geoff Pierson), Hoover seeks to root out the Bolshevik threat to the American way of life, establishing a pattern in which he would identify the enemies he deemed the most dangerous and then doing everything within his power -- legal and otherwise -- to eradicate them.

Hoover perceives that the Department of Justice is brimming with corruption. His evident integrity and single-minded devotion earns the trust of Harlan Fiske Stone (Ken Howard), Palmer's successor, and Hoover is named temporary head of the Bureau of Investigations. At the time, the Bureau had very limited powers, and Hoover pushed quite hard to expand the Bureau's authority. First, however, he began by cleaning out corrupt individuals from his department. Of course, as with all things related to Hoover, corruption lay in the eye of the beholder, and he does not deign to differentiate between the truly criminal and those who simply dare to disagree with him.

Hoover's reign of power is aided and abetted by two extremely loyal assistants. Helen Gandy (Naomi Watts), a bureau secretary, initially catches his eye as a potential marriage mate; when she turns down his proposal, he promptly offers her a job as his primary assistant. Clyde Tollson (Armie Hammer) catches his eye for the same reason, though Hoover's upbringing and the climate of the times do not permit him to express his true feelings. Nonetheless, he brings Clyde along as a trusted confidante, eventually naming him as his #2 man at the Bureau.

Left open to conjecture is whatever happened in Hoover's youth to help form him into the mean, paranoid, power-mad, petty man that he became. He lives with his mother (Judi Dench) well into adulthood, and she displays all the attributes of a domineering personality. There are hints that Hoover stuttered in his youth, and his mother plainly expresses her disgust with men who are "daffodils": 'I'd rather have a dead son than a daffodil.'

Equally unexplored are the personal qualities that drew both Helen and Clyde to him. Obviously, he made a deep, personal connection with each of them; with Clyde, it was obviously an emotional and romantic attachment, but Helen's loyalty to Hoover is more difficult to fathom.

Instead of exploring the characters more deeply, Eastwood's fascination evidently lies more with the issues raised by Hoover's unparalleled reign of secrecy; we must take it on faith that his personality will never be fully explained. But the issues involved receive similar treatment. Far too much time is spent listening to Hoover narrate his life story as he relates it to a series of unhappy agents pressed into service as his biographers / typists. It becomes a lifeless recitation of events as Hoover recalls them, and about as interesting as listening to him reading a column of numbers.

Without much context as to the tenor of the changing times over the decades that Hoover headed the FBI, we are left to draw the very obvious conclusion that Hoover was a villain. In effect, he is portrayed as a lone gunman, acting alone on his own mad initiative, as though there were not systems of support in place to keep him in power, beyond the secret files that he maintained and wielded like a bludgeon, warding off any potential usurpers. It's all too simplistic for a work of this length, with an unofficial running time in excess of 120 minutes.

The film awakens briefly whenever Clyde flirts ever so subtly with Edgar (as he likes to be called by his only true friend). In those moments, a smile dances across Edgar's face and his eyes alight ever so slightly. Their relationship develops to a certain point, and then there is a confrontation, which is the passionate highlight of J. Edgar.

Then the movie returns to the moldy pages of history, and we listen dutifully out of respect for Clint Eastwood, a master filmmaker, and his multitude of accomplishments. Alas, J. Edgar is not one of them.

J. Edgar opens in New York and Los Angeles on Wednesday, November 9, before expanding wide across the U.S. on Friday, November 11. Check local listings for theaters and showtimes. 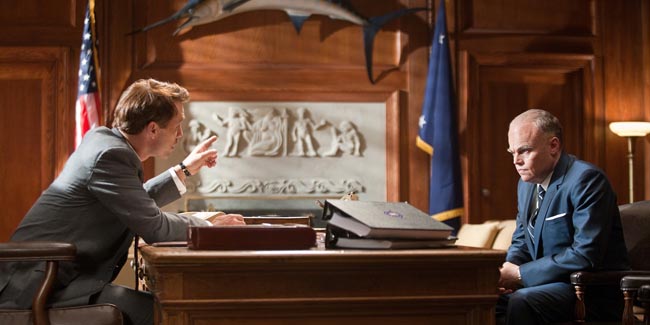