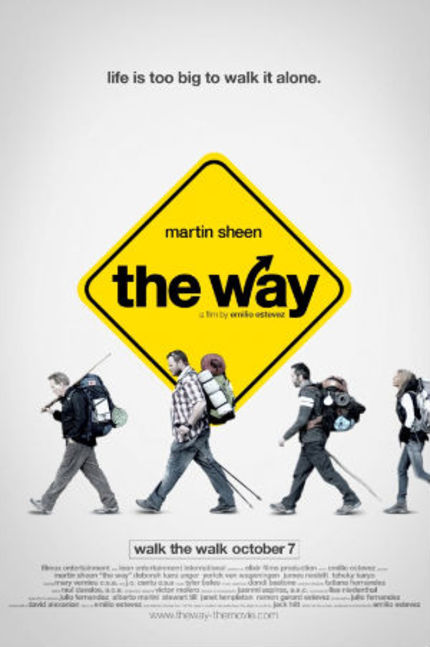 Martin Sheen is a treasure. Now 71 years of age, it's impossible to look at him and not think of Kit, the polite murderer he played in Terrence Malick's Badlands, or Willard, the military assassin in Francis Coppola's Apocalypse Now, or the creep who menaced Jodie Foster in The Little Girl Who Lives Down the Lane, or his performances in memorable movies made directly for television (The Execution of Private Slovik, The California Kid, The Missiles of October). He was charm and evil incarnate in David Cronenberg's The Dead Zone. When he returned to television as President Jed Bartlet in The West Wing, he left another mark as the kind of political leader who everyone dreams existed in real life. And he was a vital component in Martin Scorsese's The Departed.

All that to say it's always a pleasure to watch Sheen on screen, even when he is working with material that is lacking, such as his new film The Way. Written for the screen, produced and directed by his son Emilio Estevez, The Way is a devout film that takes pains to avoid preaching. It seeks to explore the spiritual and/or emotional and/or physical goals that propel thousands of people annually to become pilgrims on El Camino de Santiago, traveling hundreds of miles on foot toward a church in Spain, where it is said that the remains of the Biblical Apostle James are buried.

Sheen plays an ophthalmologist named Tom, a taciturn man who is estranged from his son Daniel (Emilio Estevez). Daniel heads off to Europe on some kind of unspecified adventure and is killed in an accident. Only after Tom travels to France does he learn that his son had intended a pilgrimage on El Camino de Santiago. Impulsively, Tom decides to make the pilgrimage in his son's place, scattering his ashes along the way.

It's an odd journey; Tom is so goal-focused that he hurries from one stop to the next, barely acknowledging the gorgeous landscapes that he is traveling through, hardly ever pausing for reflection. He begins to pick up companions, who are strangely drawn to the non-communicative man for reasons that are not apparent. First comes Joost (Yorick van Wageningen), a gregarious Dutchman who wants to lose weight; then comes Sarah (Deborah Kara Unger), a cynical Canadian who declares she will quit smoking at the end of the trip; and finally comes Jack (James Nesbitt), an Irishman struggling with writer's block.

The Way is, essentially, a road movie on foot. Like all road movies, it's episodic in the extreme, but it faces an additional challenge that, say, Easy Rider never had to deal with: There is nothing compelling about watching someone walking ... and walking ... and walking. The journey for travelers on El Camino de Santiago is inherently an inward one, an exploration that is extremely personal. And because Tom is a very private man who does not warm up easily or quickly to the idea of participating in the social aspects of the journey, the movie becomes a plodding trip, one that stretches on endlessly.

Estevez manufactures drama, with an occasional dispute among the four main travelers, and the prospect of Tom losing his son's ashes along the way. Mostly, though, we watch Tom and the others walk, and we watch Tom not reacting to what the others say and do, and we cheek our watch politely.

For those who are already interested in walking El Camino de Santiago, or for those who have done so in the past, The Way may be a fascinating experience. For everyone else, it's a well-meaning test of patience and endurance.

The Way opens in limited engagements across the U.S. tomorrow. Check the official site for theaters and showtimes. 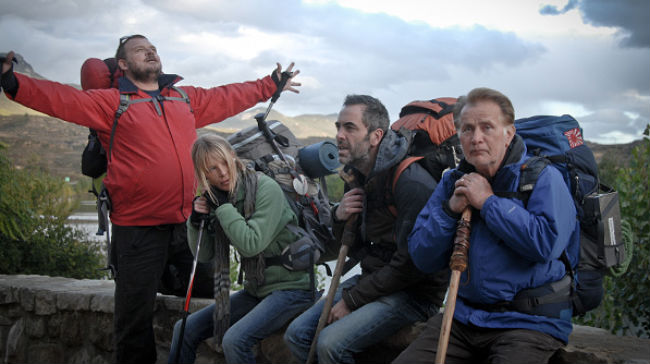 Do you feel this content is inappropriate or infringes upon your rights? Click here to report it, or see our DMCA policy.
Emilio EstevezJack HittMartin SheenDeborah Kara UngerYorick van WageningenAdventureComedyDrama