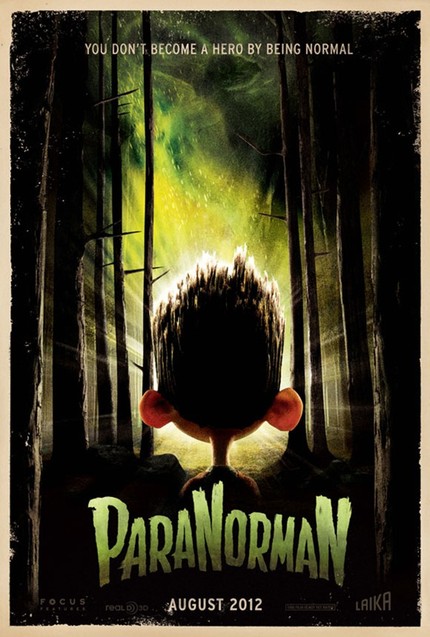 After the success of Coraline Focus Features and animation house Laika are teaming up again for upcoming 2012 release ParaNorman. Once again using the stop-motion animation technique that is Laika's signature the film is written and co-directed by Chris Butler - storyboard supervisor on Coraline and a storyboard artist on Corpse Bride - with Sam Fell (Flushed Away) also on as a co-director.

A misunderstood boy who can speak with the dead, takes on ghosts, zombies and moronic grown-ups to save his town from a centuries-old curse.

The first poster for the upcoming film has just arrived and it's a stellar bit of work. If the finished film hits this sort of tone - and given Laika's history there's no reason to think it won't - this will be a big favorite in at least one house.