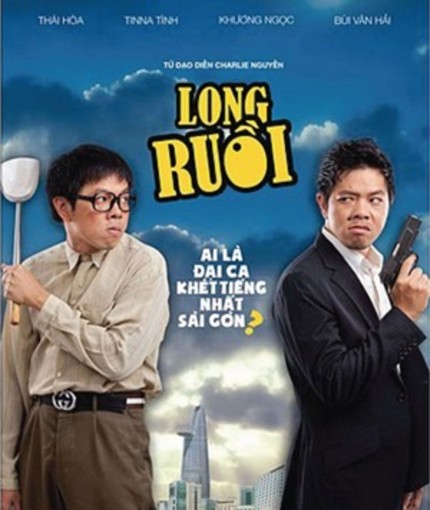 We have said this before and we say it again now: With a young population hungry for local content and a growing number of theater screens, Vietnam is almost certainly the next major film player to emerge out of South East Asia. Riding a wave of successes that began with 2007's The Rebel the Vietnamese industry had steadily been producing more features year over year, seeing them travel more widely internationally, and - most importantly for the long term health of the industry - seeing the local share of box office rise steadily. Vietnamese releases are no longer held for the local New Year period but are now being released in the height of Hollywood's summer blockbuster season where they are finding massive success.

Produced by Dustin Nguyen's Early Risers Media and directed by Charlie Nguyen - something of a reunion for two of the principal players behind The Rebel - the film is an action comedy that tells the story of a country boy who steps into the role of a big city gang boss who he happens to share an uncanny resemblance to. It's the sort of story that's been seen throughout the region a number of times but seldom to this degree of success. Long Ruoi is a runaway success at the box office, logging just under one hundred fifty thousand admissions in its first three days of release. That's an astounding number for Vietnam and one that smashes local records. As an example of the film's dominant performance, consider these numbers:

Prior to the release local website Zing conducted a reader poll asking what its readers most anticipated films were. 78% said Long Ruoi, with Twilight: Breaking Dawn clocking a distant second at 11% while Final Destination 5 and Rise Of The Planet Of The Apes tied for third with 5% each. Those are simply astounding numbers.