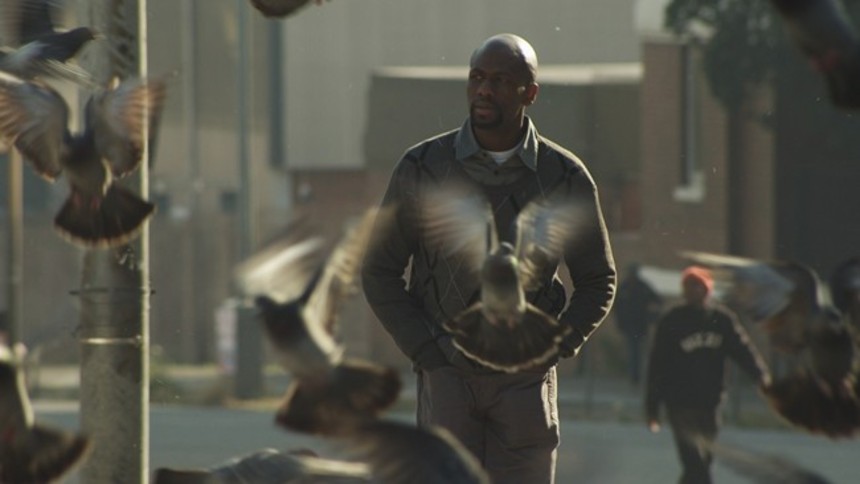 There's no denying at this point that African cinema is undergoing a major change and audiences around the world can expect to see a lot more projects from the continent in coming years. And if there's a face to the new wave of African cinema that face belongs as much to Akin Omotoso as to anyone else.

The Nigerian born, South Africa based Omotoso is a quadruple threat, active as a writer, producer, actor and director. As an actor he has been one of the go-to players for Hollywood casting agents looking for a bit of authenticity, appearing in high profile projects such as Blood Diamond, Shake Hands With The Devil and Lord Of War. In his producing and directing work, however, Omotoso tells more personal stories as is clear from his TIFF 2011 selection Man On Ground.

This portrayal of rising xenophobia in South Africa tells the story of a young Nigerian man living in the African refugee tenements of Johannesburg, who disappears against the background of animosity against immigrants flaring into violent rioting. In the span of a single night, his brother, on a short visit from London, tries to uncover the mystery.

The first trailer for Omotoso's latest has arrived online and while I wish they'd avoided the 'three sides to the truth' line - which I just can't accept with a straight face thanks to the record by Extreme - the actual footage and performances look fantastic. Check it out below.

Do you feel this content is inappropriate or infringes upon your rights? Click here to report it, or see our DMCA policy.
Akin OmotosoHakeem Kae-KazimFabian Adeoye LojedeFana MokoenaThishiwe ZiqubuDrama

via Shadow And Act